The Register has chosen the best Iowa prep wrestlers of the 2017-18 season.
A unique, memorable wrestling season created some unique circumstances as we set out to assemble our 2018 All-Iowa Wrestling Team.
We normally choose the 14 best wrestlers — one for each weight — to represent our All-Iowa Elite Wrestling Team. These decisions are made based on in-season production, including, but certainly not limited to, final record, head-to-head results and performance on the biggest stage.
This year, we have 15 All-Iowa Elite selections. You can probably guess who and why.
Fort Dodge’s Brody Teske and Underwood’s Alex Thomsen gave us a season to remember. Both entered this season with a fourth state title in sight and spotless career records. After those grueling three days in February, both joined the exclusive four-timer club — but did so after losing to each other during the regular season.
As such, there was no conceivable way to choose one over the other for our Elite spot at 126 pounds. Both won their matches over the other by two points. Both ripped through every other opponent in their path. Both won their fourth state title.
FINALISTS: Meet the 2018 All-Iowa Wrestler of the Year Finalists
THE EVENT: Learn more at sportsawards. DesMoinesRegister.com
The true purpose with each of our All-Iowa teams is to honor the very best in each sport. Teske and Thomsen are two of the very best who just so happen to wrestle the same weight. We could not, in good conscience, leave one off.
And so, we present our 15-person All-Iowa Elite Wrestling Team for the 2017-18 season, as well as the 14-person first-team selections for each class. All wrestlers listed are invited to the Des Moines Register’s All-Iowa Sports Awards, headlined by guest speaker Venus Williams, on June 23 at Wells Fargo Arena.
Schriever won his second-straight state title at 106 in Class 3A. The sophomore went 40-1 this year to run his career record to 69-1. Now halfway to becoming a four-timer, Schriever, ranked third nationally by Intermat, is emerging as one of the state’s best pound-for-pound wrestlers.
Oldham tore through the 113-pound weight class en route to his first state title. The nationally-ranked junior began his season at 120, but dropped down to 113 before Christmas and rolled up 29-straight victories, including 25 by fall, to finish 41-1 overall this year.
Biscoglia showed why he’s considered one of the nation’s best lightweights. The Northern Iowa-bound senior went 54-0 this season and won his third-straight state title, capping a career that’s seen 191 wins and over 100 pins.
The 26th member of the four-time state champion list. Teske capped his stellar Dodger career with a 177-1 overall record after going 42-1 this season. The Penn State-bound senior led Fort Dodge to its first traditional state team championship since 1985.
The 27th member of the four-time state champion list. Thomsen capped his stellar Underwood career with a 190-1 overall record after going 51-1 this season. The Nebraska-bound senior scored 87 matches points at the state tournament, the most by any individual wrestler.
Bennett claimed his first state title this year by winning the 132-pound crown in Class 3A. A Northern Iowa signee, the senior went 48-1 and played an integral role in helping the Dodgers to the team title in Iowa’s largest class.
Blockhus, yet another future Panther, reached the finals for the fourth time and won his third title this season. The senior went 57-0 with 41 pins, and reached as high as ninth nationally by Intermat after a hot start to the season. He finished his career with 160 wins.
DeVos returned to the state finals this season and finally won his state title at 145 pounds in Class 3A. The junior was steady all year, going 41-3 and leading Southeast Polk to a third-place team finish. He is one of seven Ram wrestlers returning next season.
Steffensmeier emerged from a wildly-talented field as the state’s best at 152 in 3A this February. The Air Force-bound senior cracked Intermat’s national rankings after defeating Valley’s Grant Stotts in the quarterfinals and Fort Dodge’s Cayd Lara in the finals to cap a 43-2 campaign.
Brands put forth another wildly entertaining season to cap his exceptional career at Iowa City West. The Iowa signee went 55-1 this year, winning 45 matches by either pin or technical fall en route to his third state title. One of the more exciting Iowa prep wrestlers in recent memory.
Sarasin was one of 12 wrestlers in the state — and one of five on the Elite Team — to finish the 2017-18 season without a loss. The senior went 40-0 and won his first state title at 170 in 3A. At state, he outscored three of his opponents 35-14 and pinned the fourth.
Shapiro put forth one of the most-dominant seasons to cap his successful Valley career. The Iowa State signee went 43-0 en route to his second state title and allowed a grand total of six points all season, all by way of escape. Of his 43 wins, the nationally-ranked senior recorded 37 pins.
Esmoil steamrolled his competition to a second-straight state title, going 53-0 and winning at 195 in Class 2A. Yet another future Panther, the nationally-ranked senior secured three pins in four matches at state, and 29 for the season.
McDermott put his name on the map after a 45-1 senior campaign. Now ranked 11th nationally by Intermat, the senior pinned his way to a state title at 220 in 2A, and didn’t lose a single match to an Iowa opponent this season.
Big John McConkey went 57-1 this season and won the heavyweight crown in 2A. The senior is the fifth future Northern Iowa wrestler to make our Elite Team. His one loss came to Glenwood’s Caleb Sanders, which McConkey avenged on three separate occasions this season.
The Des Moines Register Sports Awards recognizes and honors top athletes from across the state of Iowa in 21 sports. This event is hosted by the Des Moines Register and will take place June 23,2018 at Wells Fargo Arena. The show features various awards, contests and a special appearance from Venus Williams. 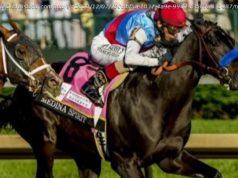 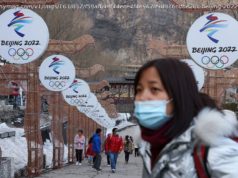 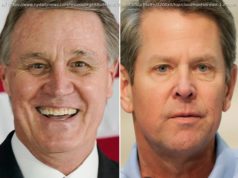 Introduce GitOps Across Any Infrastructure Without Adding Complexity