The motivation of the world’s most transparent politician somehow continues to elude the news media.
While many public figures are complex, dynamic, and riven by cross-pressures, Paul Ryan is simple to understand. He was inculcated at a young age with the works of theorists like Ayn Rand, George Gilder, and Jude Wanniski, all of whom share a belief that the core mission of political life is to protect the earned wealth of the rich from political redistribution by the masses. Cutting taxes for the wealthy is not some minor pecuniary errand to Ryan but a defense of liberty and a moral calling of the highest order.
The main oddity of Ryan’s career is how poorly he is understood, despite the simplicity of the task. Reporters spent the Obama era expecting him to support a bipartisan grand compromise that would reduce the deficit. They have spent the Trump era wondering why he hasn’t rebelled against the president. The straightforward explanation, that he is acting on the basis of his anti-tax principles, has proven oddly elusive.
The latest missive in the grand tradition of failing to understand Ryan comes from the New York Times, which puzzles over his passivity toward Trump. Compare the various theories straining to explain Ryan’s behavior here against the simple model that he is motivated primarily by low taxes for the rich.
On the one hand, the article quotes a supporter of Ryan, Peter Wehner, who sees Ryan’s support of Trump as something he has somehow been coerced into. I bold-faced the key terms:
Little choice? Must? Of course Ryan has a choice. He has a wide array of options to express his opposition to Trump, if he indeed felt such a calling. He could allow a vote to release Trump’s tax returns. He could have heeded the requests of Senate Republicans or Department of Justice professionals to call off the absurd partisan counter-investigation Devin Nunes is running in his chamber. He could even risk resigning, given the widespread belief that Ryan has no plans to continue his public career past this term. But Ryan doesn’t do those things because he is motivated primarily by low taxes for the rich.
Counterposed against Wehner’s belief that Ryan is justifiably compromising his values to support Trump is the opinion by former supporter Charlie Sykes that Ryan is infuriatingly compromising his values to support Trump. “I always imagined that there was room for an alternative conservative vision to Trumpism, and Paul Ryan was ideally suited to be that leader of a non-Trumpist conservative Republican Party, but he’s chosen not to assume that role,” Sykes tells the Times. “It’s very disappointing to see he’s become so comfortable as an ally and an enabler of Trump.” Alternatively, maybe Ryan doesn’t want to form a dissident faction against a president who has cut taxes for the rich because he is motivated primarily by low taxes for the rich .
The article posits that Ryan’s steady support for Trump is coming at the expense of things Ryan cares about deeply:
Well, it might seem strange that Ryan has failed to negotiate a grand bargain to cut spending and raise revenue, like Boehner attempted. Except Ryan doesn’t care about the deficit and never has, which is why he supported a wide array of deficit-increasing measures the last time Republicans held the presidency, under George W. Bush. For instance, why did Boehner’s grand bargain fail? Because Paul Ryan opposed it. And why did Ryan oppose it? Because he is motivated primarily by low taxes for the rich.
Here’s a news report from 2012: “Eric Cantor, the second most powerful House Republican, told Mr. Obama during negotiations over an attempted bipartisan ‘grand bargain’ that Mr. Ryan disliked its policy and was concerned that a deal would pave the way for Mr. Obama’s easy re-election.” My source is the New York Times .
The Times today does concede that Ryan has gotten something for his support for Trump: “To be sure, Mr. Ryan has had some achievements, notably the rewrite of the federal tax code, which for the speaker marked the realization of a long-held dream.” Maybe… that’s the whole reason for his pattern of behavior throughout his career. Maybe the man is, I dunno, motivated primarily by low taxes for the rich. 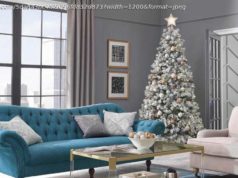 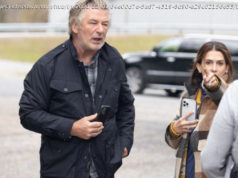 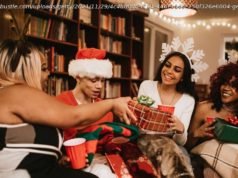