After a debate on the State Senate floor on Monday, Republican legislative leaders backed off on arming most teachers, but voted to allow others in schools to carry guns.
MIAMI — One of the big questions facing Florida lawmakers after the massacre at Marjory Stoneman Douglas High School is whether schoolteachers ought to be allowed to carry weapons.
Gov. Rick Scott argues that schools would not be safer with armed teachers. His fellow Republicans in the legislature, however, appear much more open to the idea.
After a debate on the State Senate floor on Monday, Republican legislative leaders struck a compromise that would keep guns away from teachers, but keep guns in schools. How? By arming librarians, counselors and coaches.
The Senate agreed to exempt only teachers who work full-time in the classroom from having weapons on campus. Everyone else — no matter how closely they also deal with students — could be eligible to carry.
A $67 million voluntary school “marshal” program would allow school superintendents to work with local sheriffs to train and arm designated personnel on campus. The restriction adopted on Monday would eliminate the “vast majority” of school staff from participating, said the sponsor of the legislation, Senator Bill Galvano, a Republican. His $400 million legislative package also contains funding for school safety and mental health programs, and numerous gun control measures opposed by the National Rifle Association. It now heads to the State House for approval.
But the legislation, written and advanced unusually quickly after last month’s deadly shooting in Parkland, Fla., would still bring more guns into schools in districts that opt into the marshal program. That was not among the far-reaching demands for gun control pushed by student activists after the shooting. However, lifting gun-free safe zones in schools has been a longtime goal of the N. R. A.
“This is fulfilling part of the N. R. A.’s dream,” lamented Senator José Javier Rodríguez, a Democrat whose party is far outnumbered in the State Capitol.
Still, not even Mr. Rodríguez could bring himself to vote against the amendment scaling back the marshal program. Not a single Democrat said “no” when Joe Negron, the Senate president, asked for a voice vote. The amendment, despite allowing for librarians, counselors and coaches to carry guns, was still the biggest concession Democrats got from Republicans on the legislation. Mr. Scott, Mr. Negron and House Speaker Richard Corcoran have made passing the gun package a priority before the annual legislative session ends on Friday.
In the end, a majority of senators decided some action was better than none — even if the legislation is disliked by Democrats who oppose arming any school personnel, and by Republicans who oppose enacting any new gun restrictions. The legislation passed 20-18, with three Democrats voting in favor, and six Republicans against.
“Do I think this bill goes far enough? No, I don’t,” Senator Lauren Book, a Democrat who voted in favor of the measure, said through tears after she recalled walking through the bloodied halls of Stoneman Douglas High. “But what I disagree with more is the idea to allow the great to be the enemy of the good.”
In a statement, a spokeswoman for Mr. Scott, who has advocated more police officers in schools, called the Senate’s amendment “a step in the right direction.”
Monday’s debate began when Senator René García, a Republican, offered the amendment to prohibit teachers assigned full-time to the classroom from carrying weapons. The marshal program had been labeled the Coach Aaron Feis Guardian Program, after one of the Parkland victims.
Senator Rodríguez read subsections of the state statute defining a classroom teacher and rattled off a list of educators who are not included: counselors, psychologists, librarians, media specialists, teacher’s aides, adjunct teachers. “The cafeteria person or the janitor,” Senator Audrey Gibson, a Democrat, later quipped.
Senator Gary Farmer, also a Democrat, asked about a scenario that is hardly unusual: a full-time classroom teacher who also coaches an athletic team, or heads an after-school club. Scott Beigel, a geography teacher killed at Stoneman Douglas High, also coached the girls’ cross-country team.
“Would the person who is both teaching and coaching after school be excluded from the guardian program?” Mr. Farmer asked.
Mr. García said it would be up to each school district to decide. 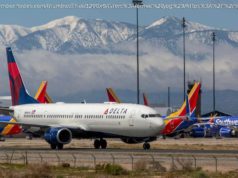 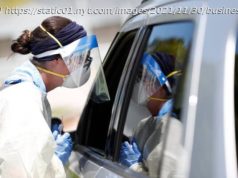 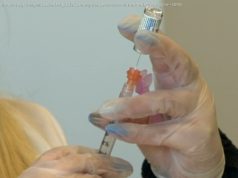