The CEO of the world’s largest social network was supposed to charm European regulators. It didn’t work after he dodged some questions.
Mark Zuckerberg went to Brussels on the latest stop of his apology tour Tuesday to deliver yet another mea culpa for privacy and policy blunders that led to one of the largest data leaks in Facebook’s history and an unprecedented attack on democratic elections across the West.
If this was supposed to be part of a charm offensive for Facebook, it fell flat.
After listening to about an hour of questions from members of the European Union’s Parliament, Zuckerberg answered at the end — rather than responding to each question after it was posed. But he ended up only spending about 25 minutes giving his replies, ignoring some questions completely.
“I asked you six yes-and-no questions, and I got not a single answer,” said Guy Verhofstadt, a Belgian politician. Zuckerberg paused and then responded, “I’ll make sure we follow up and get you answers to those” in the next few days.
The 34-year-old multibillionaire has been answering questions for weeks about everything from Russian meddling in the 2016 US presidential election, which some argue handed a victory to Donald Trump, to the 87 million user profiles that were mistakenly shared with a now-defunct UK-based political consultancy called Cambridge Analytica .
European regulators were clearly unhappy.
“This represents an attack on our fundamental values,” said European Parliament President Antonio Tajani on Tuesday. “We need to prevent this from happening again.”
One noted that Facebook had learned about Cambridge Analytica three years ago, but only acknowledged recently that the firm had gotten access to users’ data. Another pointed to the pervasiveness of Facebook’s data collection. And others raised concerns about free speech allowing for Nazi propaganda.
Verhofstadt suggested that Facebook may be running afoul of European antimonopoly laws, especially because Facebook’s Messenger and WhatsApp are among the most popular messaging services in the world. He asked if Facebook will open its books to European regulators to consider whether his company is a monopoly. “It’s not enough to say ‘we’re going to fix it ourselves.'”
Meanwhile, Nigel Farage, who heads up Europe of Freedom and Direct Democracy, the European Parliament’s right-wing populist group, asked Zuckerberg to defend the platform’s political leanings and its transparency. Right-leaning Facebook users who hold mainstream, not extremist, political views “are being willfully discriminated against,” he said.
“Would you accept that today Facebook is not a platform for all ideas that is operated impartially?” said Farage. “I’m not someone who calls for legislation on the international stage, but I’m starting to think that we need a social media bill of rights.
Zuckerberg insisted that hate speech, terror and violence have “no place on our services.” He added that his team is creating artificial intelligence tools to identify, for example, almost all the content from ISIS. He also said Facebook is getting better at identifying bullying and possibilities of self harm.
“We’ll never be perfect,” Zuckerberg said. “Our adversaries, especially on the election side — the people trying to interfere — will have access to the same AI tools that we will. So it’s an arms race, and we’ll constantly be working to stay ahead.”
Zuckerberg ended the session telling Parliament, “I want to be sensitive to time because we are 15 minutes over.”
But members of Parliament didn’t care about time limits. And now they’re going to have to wait for answers.
So far, Zuckerberg’s added new privacy controls that let people clear their web and app histories from Facebook, and he’s promised that the 10,000 curators the company is hiring this year will clean up fake news, hate speech and other objectionable content found on the social network.
Facebook’s chief also told EU lawmakers Tuesday that the company will add 3,000 workers across 12 European cities this year to help in its fight against online abuse, hate speech and election interference.
Zuckerberg has said the hiring is needed to address concerns that bad actors in Russia had used Facebook to spread propaganda and misinformation during the 2016 US presidential election.
When he introduced a new dating feature for Facebook at the company’s annual F8 developer conference last month, he was quick to add that it had been designed with ” privacy and safety in mind from the beginning .”
Still, that hasn’t been enough.
Some advertisers, including Firefox web browser maker Mozilla and speaker maker Sonos, stopped advertising on Facebook as the scandal was unfolding. And while users started a campaign called # DeleteFacebook, the company said it actually saw user growth during the three months ended March 31. And through it all, it turns out Facebook still pulled in money hand over fist — counting nearly $5 billion in profits during that same time, a 63 percent increase over the previous year — by using the details its users share to direct more relevant ads to them.
Facebook makes the majority of its money selling ads.
Prominent tech executives, including Tesla CEO Elon Musk and Apple CEO Tim Cook, have criticized team Zuck. Musk, who deleted Tesla and SpaceX pages from Facebook, said the social network gave him “the willies.” Cook said Facebook failed to regulate itself and vowed Apple wouldn’t make money off its user’s data .
“It’s clear now that we didn’t do enough to prevent these tools from being used for harm,” Zuckerberg said during his comments during two-days of testimony to Congress last month. “That goes for fake news, foreign interference in elections and hate speech, as well as developers and data privacy. We didn’t take a broad enough view of our responsibility, and that was a big mistake.”
In Europe, Zuckerberg has to contend with regulators who take a much stronger stance on privacy than in the US.
Among the questions Verhofstadt asked — and didn’t get an answer to — was one about the General Data Protection Regulation, or GDPR. Those new privacy rules go into effect in Europe on May 25 and Facebook said last month that it will adhere to the GDPR. 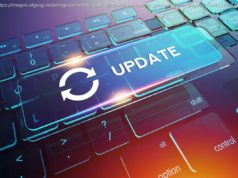 Windows 11: A guide to the updates 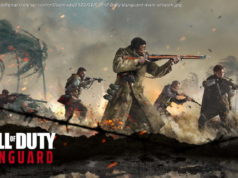 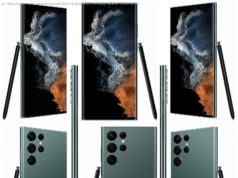