Microsoft is continuing to add mixed-reality and artificial-intelligence capabilities across its entire product portfolio with the new ‘SharePoint Spaces’ feature coming to Office 365 business users.
Microsoft is making good on its commitment to bring mixed-reality and artificial intelligence capabilities to all its products with a preview version of “SharePoint Spaces,” as well as new AI enhancements coming to SharePoint and OneDrive.
SharePoint Spaces will allow SharePoint users to create and consume mixed-reality 3D “spaces,” such as the one in the image embedded in this post above, where they can visualize and interact with data and product models. Microsoft unveiled the new technology on May 21 during the SharePoint Conference North America opening keynote.
To view/manipulate a mixed reality SharePoint Space, users can — but don’t need to — use a HoloLens augmented reality or other type of Windows Mixed Reality headset. Microsoft is designing SharePoint Spaces to work in a browser without a headset, as well.
Microsoft is touting potential SharePoint Spaces usage scenarios including recruiting and onboarding, product development, and training/learning, all of which are more examples of how Microsoft is back to emphasizing business-focused applications of HoloLens and mixed reality (after veering too far into pushing consumer applications of the technology).
Microsoft’s new messaging is that mixed reality is going to be a key part of its overall “modern workplace” strategy. At its Build conference earlier this month, Microsoft debuted two new mixed-reality apps designed expressly for work scenarios: Layout and Remote Assist. While I think businesses are more likely to adopt mixed reality tech than normal consumers are, I can’t help but feel something like SharePoint Spaces is a solution in search of a problem. I’m curious to see if it ever really gains much real-world traction outside of Microsoft itself.
Microsoft is planning to make SharePoint Spaces an option for anyone with an Office 365 commercial (business) plan. To use it, users can work with templates for creating mixed-reality environments, to which they can add 2D files, 3D video, documents and other data they are storing in SharePoint. Customers and partners can apply as of today to be part of an early, limited preview of SharePoint Spaces.
On the AI side of the house, Microsoft officials are touting new additions coming to OneDrive and SharePoint that will “infuse” those products with AI capabilities.
Starting in June, Microsoft will add a new Scan button to the OneDrive mobile app to allow users to quickly grab photos, images, whiteboards and business cards. Users also will get (sometime before Ignite, which is happening in September) the option to enable OneDrive to upload photos automatically to Office 365, where users can determine when/where photos were taken, recognize objects and extract text from them, as well as to search for images across those captured photos.
Microsoft officials also disclosed today that SharePoint Server 2019 will be available as a public preview in June. As execs noted previously, SharePoint Server 2019, the next on-premises version of SharePoint, will include features that already are available to users of SharePoint Online, including support for “modern” Team sites, communication sites, lists, libraries and pages. SharePoint Server also will enable customers to use SharePoint Framework to build apps in a way that’s consistent with SharePoint Online.
Microsoft officials have said to expect SharePoint Server 2019 to be generally available before the end of calendar 2018 . 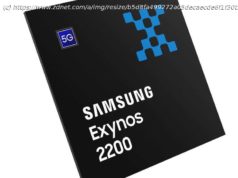 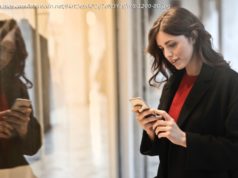 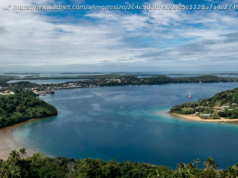