Sanchez hits tiebreaking RBI single in 8th as White Sox rally past Orioles 3-2.
Once Kevin Gausman was out of the game, the Chicago White Sox put together another winning rally.
Yolmer Sanchez capped Chicago’s three-run eighth with a tiebreaking RBI single, lifting the White Sox to a 3-2 victory over the Baltimore Orioles on Tuesday night.
Welington Castillo also had an RBI single and Yoan Moncada added a sacrifice fly as last-place Chicago won for the fourth time in six games. Bruce Rondon (2-2) pitched a scoreless eighth and Nate Jones got three outs for his fourth save.
It was Chicago’s ninth comeback in 14 victories.
“We fight until the end,” Sanchez said. “The past is in the past. If we don’t get the result, we come back and do our best.”
Mark Trumbo went 4 for 4 with two doubles for Baltimore, which won 3-2 on Monday night in the series opener between two of the AL’s worst teams.
The last-place Orioles wasted a gem by Gausman, who matched a career high with 10 strikeouts in 6 1/3 innings. The right-hander allowed nine hits and walked one.
“He was solid,” manager Buck Showalter said. “I mean, we’re just not scoring runs. That’s pretty much the story.”
Mychal Givens (0-1) replaced Gausman and got the last two outs in the seventh. But he ran into trouble in the eighth.
Daniel Palka led off with a triple that bounced off the glove of Trumbo in the right-field corner. Castillo followed with a run-scoring single.
After Leury Garcia struck out, Jose Rondon singled to put runners on first and third. Givens then walked light-hitting Adam Engel to load the bases.
Richard Bleier then came in to face Moncada, who tied it at 2 with a fly ball to right. Sanchez then hit a line-drive single to right to score pinch-runner Trayce Thompson.
The Orioles scored both of their runs in the second.
Jonathan Schoop led off with a single and Pedro Alvarez walked with one out to put runners on first and second. Trumbo then drove in Schoop with a double down the left-field line, and Jace Peterson added a run-scoring groundout.
BIG ASSIST
White Sox starter James Shields pitched seven innings of two-run ball in a no-decision. He allowed five hits, struck out five and walked two.
“I know he gave up a couple of runs, but he did a heck of a job,” manager Rick Renteria said.
BIG PLAY
On Palka’s triple in the eighth, Trumbo ran a long way toward the line and appeared poised to make the catch before the ball hit off his glove.
“That’s a tough play for anybody,” Trumbo said. “I gave it what I personally had. There probably are some faster guys who would make that play a little easier.”
TRAINER’S ROOM
Orioles: Closer Zach Britton (Achilles tendon) threw 20 pitches in a one-inning simulated game. “That was as good as I’ve seen him,” Showalter said. “If you didn’t know better, you’d think he was ready to go.” Britton is scheduled to throw a two-inning simulated game on Saturday before beginning a rehab assignment next week.
White Sox: SS Tim Anderson was held out of the lineup. “His legs have been a little tired,” Renteria said. “He’s a little banged up, so trying to give him a little break. Maybe just a day.”
UP NEXT
RHP Dylan Covey (0-1,6.00 ERA) makes his second start for Chicago this season after being recalled over the weekend. Covey is 0-8 with a 7.52 ERA in 13 major league starts. RHP Alex Cobb (1-5,6.56 ERA) has gotten off to a slow start in his first season in Baltimore, allowing a batting average against of .373. 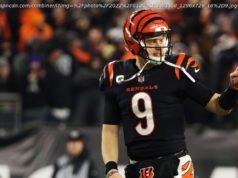 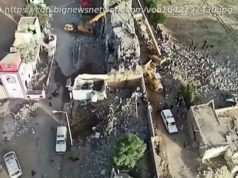 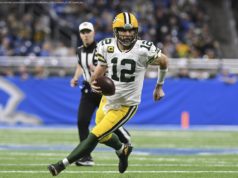