The effort to pass a strong open internet law in California was killed off Wednesday morning by a handful of state legislators in a process described by many net neutrality advocates as corrupt and undemocratic.
The effort to pass a strong open internet law in California was killed off Wednesday morning by a handful of state legislators in a process described by many net neutrality advocates as corrupt and undemocratic.
Members of California’s Communications and Conveyance Committee, led by Democratic Chairman Miguel Santiago, eviscerated the text of SB 822, a bill that digital rights advocates had once labeled the “gold standard” for state-level net neutrality laws. Gutting amendments to the bill were disclosed by the committee after 10pm last night and were voted on moments after Wednesday’s hearing began with no debate.
“What we saw on full display from California legislators today was an embarrassment to the process of democracy and truly did a disservice to the communities they were elected to fight for,” Brandi Collins, senior campaign director for rights advocacy nonprofit Color of Change, told Gizmodo.
Four Democrats and four Republicans voted in favor of the weakening amendments, which offer gaping loopholes through which internet service providers could block web traffic and excise exorbitant fees. Rather than watch his bill get mutilated, State Senator Scott Wiener attempted to withdraw SB 822 entirely.
The committee passed it anyway.
“What happened today was outrageous,” Wiener said in a statement. “After the Senate passed SB 822, with strong net neutrality protections, the Assembly committee forced hostile amendments into the bill before even holding a hearing, before taking any public comment, and only 12 hours after making those amendments public.”
The major ISPs had lobbied hard against SB 822, and their efforts inevitably paid off. In flyers circulated to the committee’s members, AT&T labeled SB 822 an “unwarranted attack on an industry that invests billions in infrastructure in California.” Santiago himself has received more than $29,000 this election cycle from major telecom providers, including AT&T, Comcast, Verizon, and Sprint, among others, according to campaign finance records.
“Only one word can describe what just happened in the Assembly Committee today,” said Ernesto Falcon, legislative counsel for the Electronic Frontier Foundation. “Corruption.”
Wiener initially protested Santiago’s decision to call for a vote on the committee’s loophole-filled amendments before any expert testimony or public comments could be heard, asking his colleagues to “rescind those amendments and pass an actual net neutrality bill out of this committee.” But an hour later, it was clear the cause was hopeless. In negotiations prior to the vote, Wiener said, he had been willing to negotiate over some provisions in the bill. “I remain willing to negotiate,” he said.
House Minority Leader Nancy Pelosi, who represents California’s 12th district, had written to Santiago prior this week urging him not to advance a watered down version of SB 822, but the full bill as authored by Wiener. A spokesperson for Pelosi told Gizmodo that she was “disappointed” with the committee’s actions and that she hoped the legislature could “find a solution” and “secure California’s rightful place as a national leader in the fight for an open Internet for all.”
“This is the legislative process at work,” Santiago told Gizmodo. “Any suggestions of actions taken today somehow being otherwise motivated are irresponsible, at best and insulting beyond that.”
On Monday, Wiener had struck a deal to combine his bill with another put forward by State Senator Kevin de León, who was likewise absent Wednesday morning. The two bills—SB 822 and SB 460—would have, together, largely mirrored the Federal Communication Commission’s 2015 Open Internet Order, repealed by the Trump administration officially on June 11, and prevented state agencies from granting contracts to net neutrality violators.
Santiago argued that his amendments are “the exact 2015 Obama rules as written.” But while they would revive the underlying rules of the 2015 order—a two-page document that doesn’t explain the reasons for the rules or how they should be applied—the order itself is over 300 pages and codifies numerous net neutrality protections not otherwise laid out.
Ignoring these added protections, Santiago’s amendments leave open several loopholes that ISPs have exploited, or have attempted to exploit, in the past.
The bare rules themselves, for example, do not explicitly prohibit ISPs from charging unreasonable “access fees” on application and content providers in order to reach end users. Nor do they prohibit ISPs from congesting web traffic at the point where data enters their networks, a tactic that was employed by ISPs between 2013 and 2015 in attempts to exact fees from companies like Netflix and Cogent—fees that would have eventually been passed on to consumers.
What’s more, Santiago’s amendments allow ISPs to zero-rate their own content, enabling them to pick and choose which online services subscribers can use without impacting data limits. This could allow AT&T, for instance, to incentivize users to watch CNN, which the AT&T now owns, over competing news networks.
“This bill, as it was written, deserved to have an open debate on the Assembly floor,” Color of Change’s Collins told Gizmodo. “Instead, it was destroyed by backroom committee shenanigans and the people of California will have to continue to wait for adequate protections of a free and open internet.”
“A strong net neutrality bill that would have ensured cross-cutting protections for Black, Brown, low-income communities and independent business owners was just steamrolled by corporate interests,” she said.
Evan Greer, deputy campaign director for Fight for the Future, a digital rights group that boasts more than 350,000 members in California, said that no one would forget the Democrats who voted against net neutrality, and called for Californians to “rise up” and demand representation. 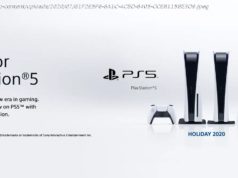