On Wednesday, Canada rejoined the NAFTA negotiation process, as the Friday deadline for Ottawa to join the previously announced U. S.-Mexico trade deal looms.
Asia markets are set for a positive open on Thursday as Wall Street extended its record high streak once again and Canada rejoined negotiations for the future of the North American Free Trade Agreement (NAFTA).
Nikkei futures in Chicago were at 23,030, while the Osaka futures were at 22,980. The Nikkei 225 last closed at 22,848.22.
Down Under, SPI futures were at 6,355.0, compared with the ASX 200’s last close of 6,352.2.
The Nasdaq Composite rose 1 percent to close at 8,109.69, reaching yet another record high. The S&P 500 also gained 0.6 percent to close at 2,914.04, closing above 2,900 for the first time. The Dow Jones Industrial Average was up by 60.55 points and closed at 26,124.57.
Investor sentiments were also boosted by the announcement that Canada had rejoined the NAFTA talks, following the deal reached by the U. S. and Mexico earlier this week.
U. S. President Donald Trump has voiced optimism on the prospect of Canada joining the new U. S.-Mexico trade deal, while reiterating that the deadline for Ottawa to do so was on Friday, August 31.
The U. S. dollar index, which tracks the greenback against a basket of currencies, was at 94.600 at 6:47 a.m. HK/SIN.
The yen traded against the dollar at 111.72 while the Australian dollar was at $0.7307 as of 6:49 a.m. HK/SIN.
Overnight, the global benchmark brent crude jumped $1.19, or 1.6 percent, to settle at $77.14 a barrel. U. S. crude settled 98 cents, or 1.4 percent higher at $69.51 a barrel.
Here is a look at the day ahead:
– CNBC’s Fred Imbert and Reuters contributed to this report. 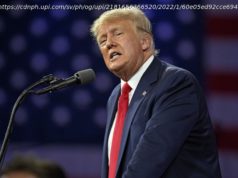 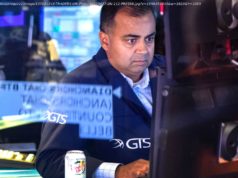 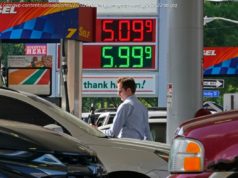