The U. S. Department of Justice filed a legal brief Thursday supporting a coalition of students and parents suing Harvard over its race-conscious admissions…
The U. S. Department of Justice filed a legal brief Thursday supporting a coalition of students and parents suing Harvard over its race-conscious admissions policies, which they say discriminate against Asian applicants.
The filing, submitted to a federal court in Boston, argues that there is substantial evidence of bias against Asian-Americans in Harvard’s admissions, despite its obligation not to discriminate on the basis of race as a condition of federal funding.
“No American should be denied admission to school because of their race,” Attorney General Jeff Sessions said in a statement attending the brief’s filing. “As a recipient of taxpayer dollars, Harvard has a responsibility to conduct its admissions policy without racial discrimination by using meaningful admissions criteria that meet lawful requirements. The Department of Justice has the responsibility to protect the civil rights of the American people.”
“This case is significant because the admissions policies at our colleges and universities are important and must be conducted lawfully,” he added.
READ the Justice Department statement of interest
The filing was submitted in response to Harvard’s motion for summary judgement, meaning the university believes it should prevail without a trial. (RELATED: Jeff Sessions Boasts Of Untold Civil Rights Successes)
The plaintiff is an advocacy group called Students for Fair Admissions (SFFA), a coalition of students and parents who oppose affirmative action in higher education. According to SFFA’s original complaint, at least one member of the organization was denied admission to Harvard’s 2014 class. The complaint claims this unnamed applicant is a Chinese-American who graduated at the head of their high school class, scored perfectly on the ACT, and served as captain of the varsity tennis team.
Among other arguments advanced in the brief, the Justice Department alleges that Harvard unlawfully balances its incoming classes along racial lines and uses an admissions metric called a “personal rating” which is biased against Asian applicants.
Though the U. S. Supreme Court has forbidden colleges and universities from setting racial targets or quotas for their student bodies, the plaintiffs and the Justice Department suggest Harvard intentionally rigs its incoming classes to meet racial goals.
Thursday’s statement claims that university administrators monitor the racial composition of the incoming class throughout the admissions cycle, compare that data to the racial profile of past classes, and share nonpublic admissions statistics relating to race with peer institutions. As a result, the demographic balance of Harvard’s classes remains consistent over time.
“Substantial evidence further shows that, with this elusory use of race, Harvard engineers its admissions process to produce an admitted class that replicates its desired racial balance year in and year out,” the DOJ brief reads.
The university also uses several “soft” metrics to rate applicants, among them a personal rating, which assesses whether the student is “likable,” “widely respected,” and an “attractive person to be with,” among other qualities. Asian-Americans score lowest on the personal rating than any of the four major demographic groups at Harvard, effectively making the score a penalty for many Asian applicants.
Harvard claims they do not incorporate race when assigning a personal rating, though the plaintiffs argue racial bias will inevitably infect the assignment of a subjective likability score.
Though schools may take race into account when admitting students, the Supreme Court has narrowly tailored the acceptable use of ethnic characteristics in higher education. (RELATED: Justice Sotomayor: I’m The Perfect Affirmative Action Child)
Harvard claims the law broadly supports its procedures, which are geared towards promoting diversity and inclusion at Cambridge.
“Our admissions policies encourage diversity, respect the law, and do not discriminate against anyone,” Harvard said on Twitter following Thursday’s filing. “This lawsuit brought by Edward Blum and SFFA could eliminate the freedom of every college to provide the best education possible.”
Blum is a conservative legal activist who organizes challenges to affirmative action and race-tinged voting laws. The American Civil Liberties Union accused the administration of setting minority groups against each other with a view toward ending affirmative action in a Thursday tweet.
The rest of the Ivy League has filed briefs supporting Harvard in the ongoing litigation.
Follow Kevin on Twitter
Send tips to kevin@dailycallernewsfoundation.org . 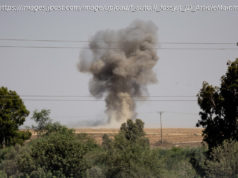 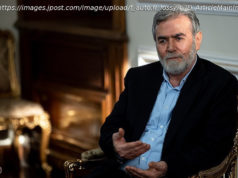 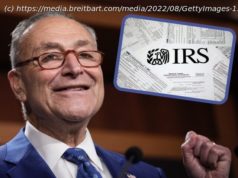