“…at no point was there any indication that this was a drill.”
There were reports of an active shooter incident at Walter Reed hospital today which confused and frightened people. Officials later clarified that the situation was only a drill. Rep. Dutch Ruppersberger was at the hospital when the reports first went out and tweeted this:
I am currently at Walter Reed Medical in Bethesda where we’ve been told there is an active shooter. I am currently safe in a conference room w/ approx 40 others.
— Dutch Ruppersberger (@Call_Me_Dutch) November 27,2018
People inside were sheltering in place:
Scariest hour of my life at Walter Reed. Sheltered in the package room at the post office in the hospital. pic.twitter.com/o4rimaecWR
— Tiffany| Angelle Media (@TiffAngelle) November 27,2018
Inside Walter Reed right now after the active shooter announcement. Was looking on Twitter for news and it’s filled with people questioning the safety of their loved ones. Building 19 in lockdown. Haven’t heard any shots. Multiple agencies responding. Hopefully false alarm. pic.twitter.com/xNDKyEuN56
— Lindsey Migliore, DO (@DrMigliore) November 27,2018
Montgomery County police said they were responding to the incident:
MCP has been called to assist with the report of a possible active shooter at the Walter Reed Nat Mil Med Ctr located at 8901 Rockville Pike. More information will be released as it is confirmed. Call received to assist – 2:23 pm.
— Montgomery Co Police (@mcpnews) November 27,2018
Local news reporters were reporting it as an active shooter situation:
NSA Naval Support: Initial report of shots was from Building 19 in the basement. That area is cleared. Now working to clear other buildings. #WalterReed is on lockdown. No one in, no one out until the campus is cleared. 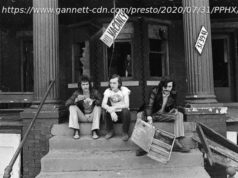 This essential CREEM documentary gets to the rock magazine's irreverent, outrageous heart 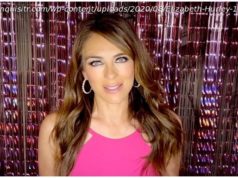 Elizabeth Hurley, 55, ‘Accidentally’ Twins With A Friend In The Same Aqua String Bikini She Gifted Her 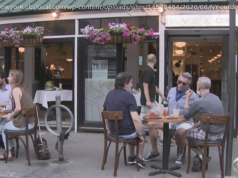 ‘Open Restaurants’ Program To Return To NYC Next Summer