Call of Duty: Black Ops 4 has several different guns to choose from in its multiplayer mode, and they’re split across multiple classes. Here’s a guide to all of them and when you should use them. Additional weapons are coming in future updates, and we will add them to the list as they become available.
Call of Duty: Black Ops 4 features multiple guns across several different weapon classes, each with their own perks and drawbacks. We’ve detailed every gun and weapon currently in the game’s competitive multiplayer mode, including their strengths and weaknesses. There’s a weapon for virtually every player in Black Ops 4, and with a little time testing them, you can find your ideal choice, as well.
All weapon statistics are subject to change. The most current base figures for each weapon are listed.
The ICR-7 is a versatile assault rifle that you can have success with both at range and in closer encounters. It doesn’t have the best rate of fire or damage in its class, but you’ll very rarely find yourself in situations where you are completely out-gunned.
For those who can’t choose between a tactical rifle and an assault rifle, the Rampart 17 is the gun for you. It has a slow rate of fire, but makes up for it with high damage and range compared to other assault rifles. It doesn’t fare particularly well in close environments, but you won’t be an automatic kill for your enemies.
Similar in ability to the Rampart 17, with fairly good damage and range, the KN-57 is a versatile assault rifle, but it’s one that can work better as a second primary weapon. Its range is decent, but having a full-fledged tactical rifle or submachine gun to balance out its weaknesses is a good idea.
Take the ICR-7, reduce the range and damage and increase the rate of fire, and you essentially have the VAPR-XKG. Sticking to shorter encounters with the weapon is advised, but it’s still versatile enough to use as your sole primary weapon, if you prefer.
Blurring the lines between submachine guns and assault rifles, the Maddox RFB is a beast at close range, and even works well in medium-range encounters if your target isn’t behind cover. On maps with larger stretches of open space, you’ll struggle with it, but it will be your best friend on something like “Nuketown.”
The MX9 isn’t going to win awards for flashiness, but it’s a solid choice for those looking to gain experience with submachine guns. A high rate of fire, large magazine size, and decent damage and range make it a capable weapon, albeit not one that more experienced players will pick first.
For submachine gun users who don’t want to be helpless at range, the GKS is a great choice. Its magazine size is large, so you can afford to miss if you’re trying to pin a target behind cover, and it also has a respectable fire rate. Damage isn’t the best, however, so you’ll need to burn through a little more ammo.
The Spitfire is the submachine gun for people who only want to fight up close. Its damage, range, and accuracy are all low, but its ridiculous rate of fire is high enough to take out almost any target in close quarters. An optional operator mod can further increase the rate of fire, as well.
A fairly well-balanced submachine gun, the Cordite’s enormous magazine size and high rate of fire make it great for dealing with multiple targets in close combat, but its range and damage still make it an effective weapon and slightly longer distances. 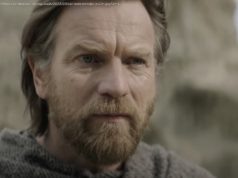 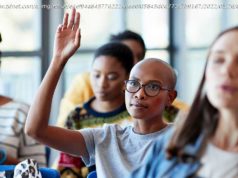 Scholarships for minorities in STEM 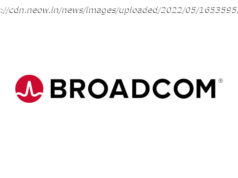 Broadcom to buy VMware for $61 billion, the second-largest deal agreed this year globally