The 41st president took the stage alongside blues and soul stars including Bo Diddley and Sam Moore in 1989. Then the clips vanished.
George Bush was not exactly known for having a rock ’n’ roll side.
But as part of his inaugural festivities in 1989, the 41st president had an unusual photo-op at a concert, hamming it up on a prop guitar while soul-music stars like Sam Moore, Carla Thomas and Percy Sledge smiled around him.
Right next to the new president was Lee Atwater, his campaign manager, who was criticized then — and is best remembered now — for racially inflammatory tactics like the notorious Willie Horton TV spot, which featured the mug shot of Horton, an African-American prisoner who raped a white woman while out on a weekend furlough.
News photographs of Bush’s air-guitar moment have been widely disseminated, particularly since Bush’s death on Friday. But video of the moment itself has been largely unseen until now.
The concert, masterminded by Atwater, a big fan of blues and soul music, featured a rare constellation of mostly black stars like Bo Diddley, Willie Dixon, Koko Taylor and Albert Collins. Yet when a DVD of the show was released four years ago, Bush’s appearance, along with Atwater’s frenetic dancing and (real) guitar playing, had been discreetly edited out. 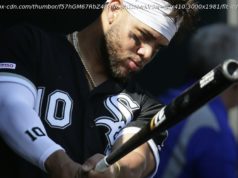 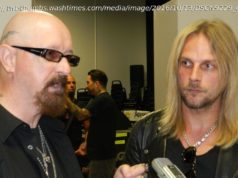 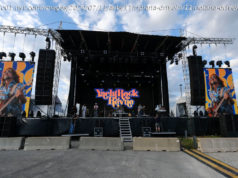