House Ways and Means Committee Chairman Richard Neal’s requests for the tax returns of President Trump and his related businesses appear to be well within Congress’s authority. Treasury Secretary Steven Mnuchin’s refusal to comply with his lawful requests is unwarranted and not based on the law, write Michael Zeldin and David Axelrod
On April 3,2019, and April 13,2019, Neal requestedthat the Internal Revenue Service provide the tax returns of Donald J. Trump and his related business entities for tax years 2013-2018. In his requests, Neal appears to have satisfied the legislative and legal bases for obtaining tax return information.
He articulated the legislative needs that the House Ways and Means Committee intends to address, and he provided assurances that safeguards would be put in place to protect the taxpayers’ privacy interests.
In addition to the committee’s right to obtain the tax information requested based on its Congressional oversight authority, Chairman Neal referenced the provision of the tax code thatspecifically authorizes the Committee to receive Trump tax returns: 26 USC Section 6103(f)(1).
Notwithstanding this, on May 6,2019, Treasury Secretary Mnuchin formally notified the Committee that he would not disclose the returns. He claimed that the request was “unprecedented,” presented “serious constitutional questions,” and was beyond the Congress’s constitutional authority, because it lacked a “legitimate legislative purpose.”
Refusing to take “no” for an answer, on May 10,2019, Chairman Neal, issued a subpoena to the Treasury Department and the Internal Revenue Service for the tax return information. Mnuchin defied the subpoena requests on Friday, reiterating his previous argument while adding that he is “not authorized to disclose the requested returns and return information.”
(Many of the same issues are being litigated in the US District Court for the District of Columbia in connection with President Trump’s efforts to prevent the Mazars accounting firm from complying with a subpoena from the House Committee on Oversight and Reform for the tax and related records that Mazars prepared for Donald Trump.)
History of confidentiality
Since the early 20th century, Congress’s authority to obtain tax returns and return information from the Internal Revenue Service has played a critical role in its legislative oversight authority. The Revenue Act of 1924 established Congress’ power to compel tax return and return information, notwithstanding the general rule of taxpayer privacy. Interestingly, the Revenue Act was passed under circumstances similar to Congress’s pursuit of President Trump’s tax returns.
Prior to the passage of the Revenue Act of 1924, taxpayer privacy had a “checkered history”. The first federal income tax laws were passed to finance the Civil War. At the time, tax return information was public, and “courthouses and newspapers published household tax information as a way of encouraging ordinary citizens to police their neighbors’ compliance with the new law.”
Almost from the outset, however, the publication of tax return information met with opposition. By 1870, Congress barred publication of the information in newspapers. In 1894, Congress made it a misdemeanor to disclose certain tax return information. (It is now a felony if the disclosure of tax return information is done willfully.)
In 1921, Congress modified the law that designated tax returns as “public records” to permit their release if ordered by the President pursuant to rules prescribed by the secretary of the treasury. 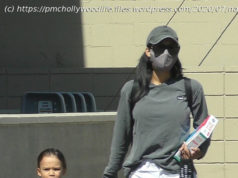 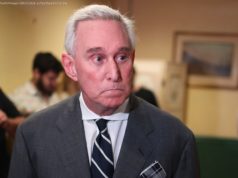 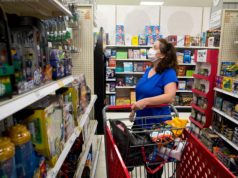