Mexico averted Trump’s tariffs by agreeing to house more U. S. asylum seekers — a move likely to create social and political strain.
Mexico may have dodged a trade war with the U. S., but the commitments it made Friday after being threatened with tariffs by President Trump would not be without major costs and are quickly sparking domestic criticism.
Under the temporary agreement, Mexico said it would house, educate and give jobs to what appears to be an unlimited number of U. S. asylum seekers — which, if followed through on, experts warn, could result in economic and social upheaval in the northern parts of the country.
That includes here in Tijuana, where an influx of Central American migrants last year sparked nativist protests, and where Mexican President Andres Manuel Lopez Obrador planned to hold a rally Saturday celebrating the new agreement.
In previous comments, Lopez Obrador has repeatedly stressed the human rights of migrants, but now his government appears to be accepting an accord that seeks to limit asylum seekers’ ability to access U. S. territory.
Ironically, then-candidate Lopez Obrador traveled to Tijuana last year and assailed the Mexican government for doing the “dirty work” of the U. S. in detaining and deporting Central Americans. Now, however, Lopez Obrador is hailing a deal that targets migrants as a win for Mexico.
“It prevented this tax that was going to affect our economy,” Lopez Obrador told reporters Saturday in La Paz, Baja California, where he stopped before heading to Tijuana. “Good will on both sides prevailed.”
Others here called it an example of the Mexican government bending too much to U. S. pressure.
“There is nothing to celebrate,” Soledad Loaeza, a professor at Colegio de Mexico, wrote on Twitter. “Trump put us on our knees like no other president of the [U. S.] had ever done. These are sad days for Mexicans.”
In fact, though, the accord could be short-lived.
According to a State Department summary, Mexico and the United States may review the agreement in 90 days “in the event the measures do not have the expected results. 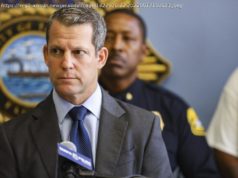 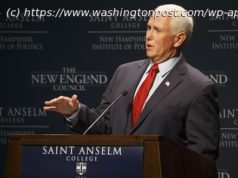 Pence pushes back against GOP calls to ‘defund the FBI’ 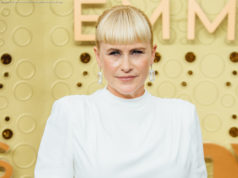