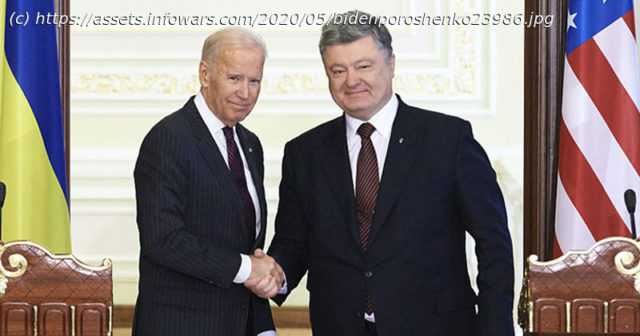 ‘Yes, there are more [tapes]. The Trump administration will make use of them again in September’
Two weeks ago, a Ukrainian lawmaker released excerpts from alleged conversations between ex-Ukrainian President Petro Poroshenko and former US Vice President Joe Biden, with the tapes detailing Biden’s effort to pressure Kiev into dropping a criminal probe into his son’s activities in Ukraine. Now, the man who made the tapes has come forward.
Between 2014 and 2016, Oleksandr Onyshchenko was former Ukrainian President Petro Poroshenko’s right hand man. When he began to pick up on the corrupt behaviour taking place in the president’s office, Onyshchenko began secretly recording telephone conversations and making copies of potentially incriminating documents.
In 2016, after falling out with Poroshenko and leaving the administration, Onyshchenko was brought up on charges of tax crimes, corruption and embezzlement, forcing him to leave Ukraine, first to Spain, and then Germany. The businessman insists the charges are politically motivated. Kiev has sought an international arrest warrant against him for years, with little luck. Then, on November 28,2019, just three days before he was set to travel to the United States to present explosive new evidence of potential corrupt dealings between Poroshenko and senior Obama administration officials, the millionaire was inexplicably arrested in Germany.
During his detention in Oldenburg Prison in Lower Saxony, Onyshchenko was given a medication which he believes was meant to cause heart failure. The businessman needed an operation, and, in May of this year, to try to save his own life, sent part of the compromising information he had on Poroshenko to Washington and Kiev. A week later, on May 27, he was released from custody.
By his own admission, Onyshchenko’s job in the Poroshenko administration included bribing lawmakers for votes and concluding economic deals to enable the president to further enrich himself.
Onyshchenko says the recently released recordings of telephone conversations between Poroshenko and former Vice President Biden, which detail Biden’s efforts to pressure Kiev into dropping a criminal investigation into his son Hunter’s work with a Ukrainian energy company, are his handiwork, and are only part of the trove of information he has in his possession.
In an exclusive interview with Sputnik Deutschland, just a day after his release from jail, Onyshchenko opened up on a range of topics, shedding light not only on the complex inner workings of Ukrainian politics and the German judicial system, but on a political scandal only beginning to brew in the United States regarding what exactly the Biden family got up to in Ukraine in the aftermath of the February 2014 coup d’etat in Kiev.
Sputnik: Let’s go back a bit to your arrest in November. How did it take place?
Oleksandr Onyshchenko: It was a crazy thing. I had apparently been entrapped by the attorney general from Lower Saxony. They fabricated a business deal and sent over people who made me a business offer. I bought racehorses from them which I never received. I reported this to the police, and they called me in to testify.
At that moment I was in Spain at the Oliva Nova equestrian competition. A letter was sent to my stud farm in Herzlake, asking me to come to the police station on November 28 at 10 am. So the day before, I flew in. On the 28th I came to the Achim police station. But they did not want to talk about my testimony. Instead, they said ‘We have a warrant for your arrest from July 2019 and must arrest you’. There was one thing I didn’t understand: I was living in Germany… I was always home. Why didn’t they just come to my home at the time? I also flew a lot to Germany in those months, starting in July, and was always checked by police, who didn’t do anything to me. I don’t understand why I was arrested then – three days before I was supposed to fly to America for a press conference in Washington, where I was planning on presenting the Biden recordings. [Trump lawyer Rudy] Giuliani invited me. I was supposed to be in Washington on December 1,2019. But three days before that, I was called to this police station and arrested.
Recalling the six months he was made to serve in prison, Onyshchenko described it as a difficult but bearable ordeal. At the same time, he admitted that he was mistreated, in one case not having access to water for almost a day, and another incident where he was forced to take a shower while his arms and legs were left cuffed after being sent to hospital for a heart operation. Onyshchenko says his lawyers filed about 10 complaints in total. According to the businessman, he’s tired of fighting and will need to recover before even considering filing any cases with the German authorities, saying he plans to stay in the country for rehabilitation, and has applied for political asylum.
Sputnik: Why did you, a sportsman, need an operation on your heart while in prison? What happened?
Oleksandr Onyshchenko: Yes, this was one of the biggest problems, because for the first two months I was regularly given medication of anti-depressants or sedatives.
Sputnik: Why? Were you depressed?
Oleksandr Onyshchenko: No. They just gave it to me and said ‘we have to give you something to calm you down a bit, then you’ll be able to sleep normally’. But these drugs turned out to be extremely addictive. Two months later, I began experiencing big problems with my blood pressure. Then the prison’s medical department said I had developed hypertension. They sent me to the hospital at the Lingen Detention Center. They told me: ‘You took these pills regularly, so your blood pressure increased when you stopped taking them’. I had to stay at the center for a month and a half to get rid of this problem. After that, I started having heart problems.
Sputnik: Did you experience heart troubles before?
Oleksandr Onyshchenko: No, never. 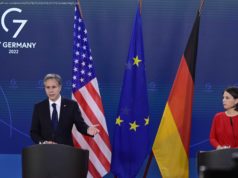 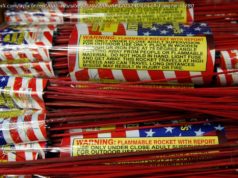 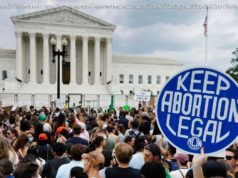