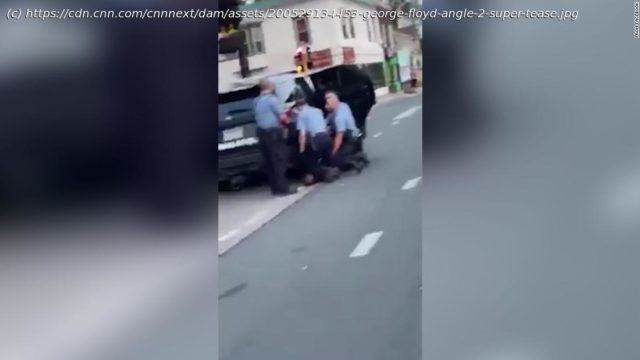 New video posted on social media appears to show three Minneapolis Police Department officers kneeling on George Floyd during his arrest.
“I can’t breathe, man,” Floyd can be heard saying in the new video. “Please, let me stand. Please, man.”
Chauvin was taken into custody on Friday afternoon, according to the Minnesota Department of Public Safety. He faces charges of third-degree murder and manslaughter, according to Hennepin County Attorney Mike Freeman.
CNN has reached out to Chauvin’s attorney and the Minneapolis police union for comment.
Four officers were involved in the incident and all have since been fired from the Minneapolis Police Department.