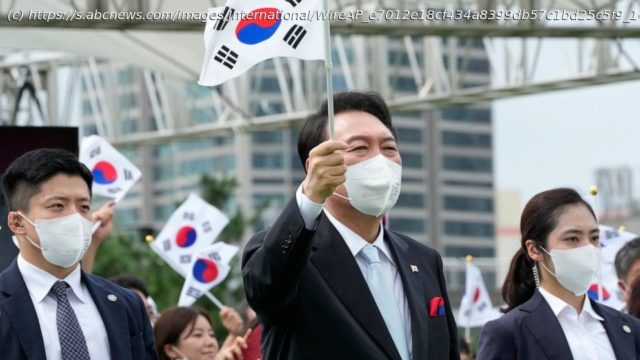 Array
South Korean President Yoon Suk Yeol on Monday offered “audacious” economic assistance to North Korea if it abandons its nuclear weapons program while avoiding harsh criticism of the North days after it threatened “deadly” retaliation over the COVID-19 outbreak it blames on the South.
In a speech celebrating the end of Japan’s colonization of the Korean Peninsula, Yoon also called for better ties with Japan, calling the two countries partners in navigating challenges to freedom and saying their shared values will help them overcome historical grievances linked to Japan’s brutal colonial rule before the end of World War II.
Yoon’s televised speech on the liberation holiday came days after North Korea claimed a widely disputed victory over COVID-19 but also blamed Seoul for the outbreak. The North insists leaflets and other objects flown across the border by activists spread the virus, an unscientific claim Seoul describes as “ridiculous.”
North Korea has a history of dialing up pressure on the South when it doesn’t get what it wants from the United States, and there are concerns that North Korea’s threat portends a provocation, which could possibly be a nuclear or major missile test or even border skirmishes. Some experts say the North may stir up tensions around joint military exercises the United States and South Korea start next week.
Yoon, a conservative who took office in May, said North Korea’s denuclearization would be key for peace in the region and the world. If North Korea halts its nuclear weapons development and genuinely commits to a process of denuclearization, the South will respond with huge economic rewards that would be provided in phases, Yoon said.
Yoon’s proposal wasn’t meaningfully different from previous South Korean offers that have already been rejected by North Korea, which has been accelerating its efforts to expand its nuclear weapons and ballistic missiles program leader Kim Jong Un sees as his strongest guarantee of survival.
“We will implement a large-scale program to provide food, providing assistance for establishing infrastructure for the production, transmission and distribution of electrical power, and carry out projects to modernize ports and airports to facilitate trade,” Yoon said. 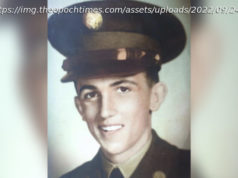 Soldier Who Went Missing During Korean War Accounted For 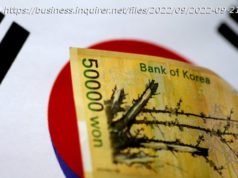 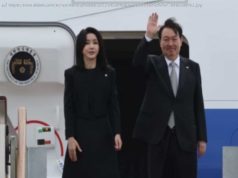