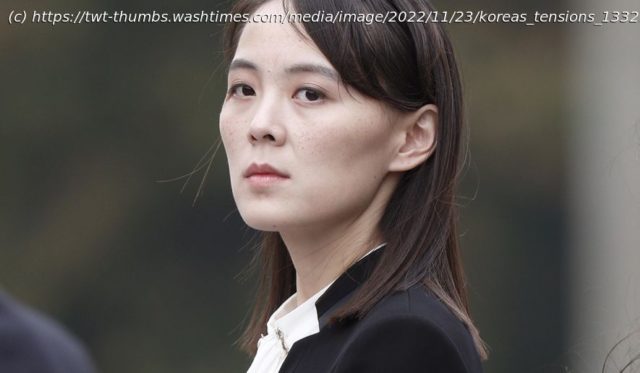 Array
The powerful sister of North Korean leader Kim Jong-un made insult-laden threats against South Korea on Thursday for considering unliteral sanctions on the North, calling the South’s new president and his government “idiots” and “a running wild dog gnawing on a bone given by the U.S.”
Kim Yo-jong’s diatribe came two days after South Korea’s Foreign Ministry said that it was reviewing additional unilateral sanctions on North Korea over its recent barrage of missile tests. The ministry said it would also consider sanctions and clampdowns on North Korea’s alleged cyberattacks – a new key source of funding for its weapons program – if the North conducts a major provocation like a nuclear test.
“I wonder what ‘sanctions’ the South Korean group, no more than a running wild dog gnawing on a bone given by the U.S., impudently impose on North Korea,” Kim Yo-jong said in a statement carried by state media. “What a spectacle sight!”
She called South Korea’s new President Yoon Suk Yeol and his conservative government “idiots who continue creating the dangerous situation.” She added that South Korea “had not been our target” when Moon Jae-in – Yoon’s liberal predecessor who sought reconciliation with North Korea – was in power.