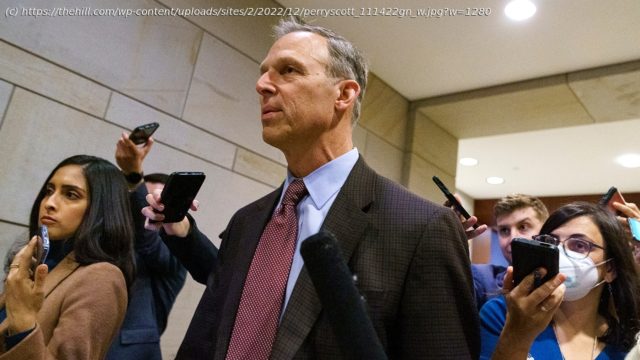 Array
The House has sent the Respect for Marriage Act to President Biden’s desk after all Democrats and 39 Republicans in the body voted to support the bill.
The legislation, which passed in a 258-169-1 vote, would officially repeal the Defense of Marriage Act and require states to recognize interracial and same-sex marriages lawfully performed in other states.
The House initially passed the bill in July before the Senate approved it last week along with amendments to add protections for religious exemptions and to clarify that it does not recognize polygamy. The House then needed to approve the bill as amended, which it did on Thursday.
The bill received some measure of bipartisan support in both houses of Congress, but several Republicans in the lower chamber voted in favor of the bill in July before opposing it on the second vote, while a couple originally opposed it before voting in favor of it.
Here are the 10 House Republicans who flipped their votes on the same-sex marriage bill:“Yes” to “no”
Cliff Bentz
Rep. Cliff Bentz (Ore.) originally voted for the bill in July before switching to a “no” vote on Thursday. He has not publicly explained his reasoning for switching his vote.
Mario Diaz-Balart
Rep. Mario Diaz-Balart (Fla.) also switched from voting in favor of the bill to voting against it. He said in a statement on Monday that he planned to oppose the legislation because it lacked “legitimate safeguards” for faith-based organizations that object to the law based on their religious beliefs.
“The concept of all states respecting other states’ decisions on marriage laws is deeply rooted in American jurisprudence and tradition,” he said. “Similarly, our Founders understood that religious liberties are sacred and vulnerable, and must always be vigorously protected.”
Brian Mast
Rep. Brian Mast (Fla.