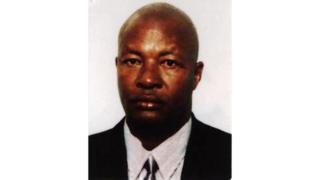 Burundi’s environment minister has been shot dead while on his way home on New Year’s Eve.
Emmanuel Niyonkuru, 54, was killed at about 00:45 local time (22:45 GMT) by “a criminal with a gun”, a police spokesman tweeted .
Tweets from Pierre Nkurikiye said a woman who was with Mr Niyonkuru had been detained for questioning, following the “assassination”.
Burundi’s President Pierre Nkurunziza said the crime would not go unpunished.
Hundreds of people, including high-ranking army officials, have been killed in unrest since President Pierre Nkurunziza ran for a third term in 2015, a move which opponents said was unconstitutional. But this is the first time a serving government minister has been killed.
For months the country had been relatively calm.