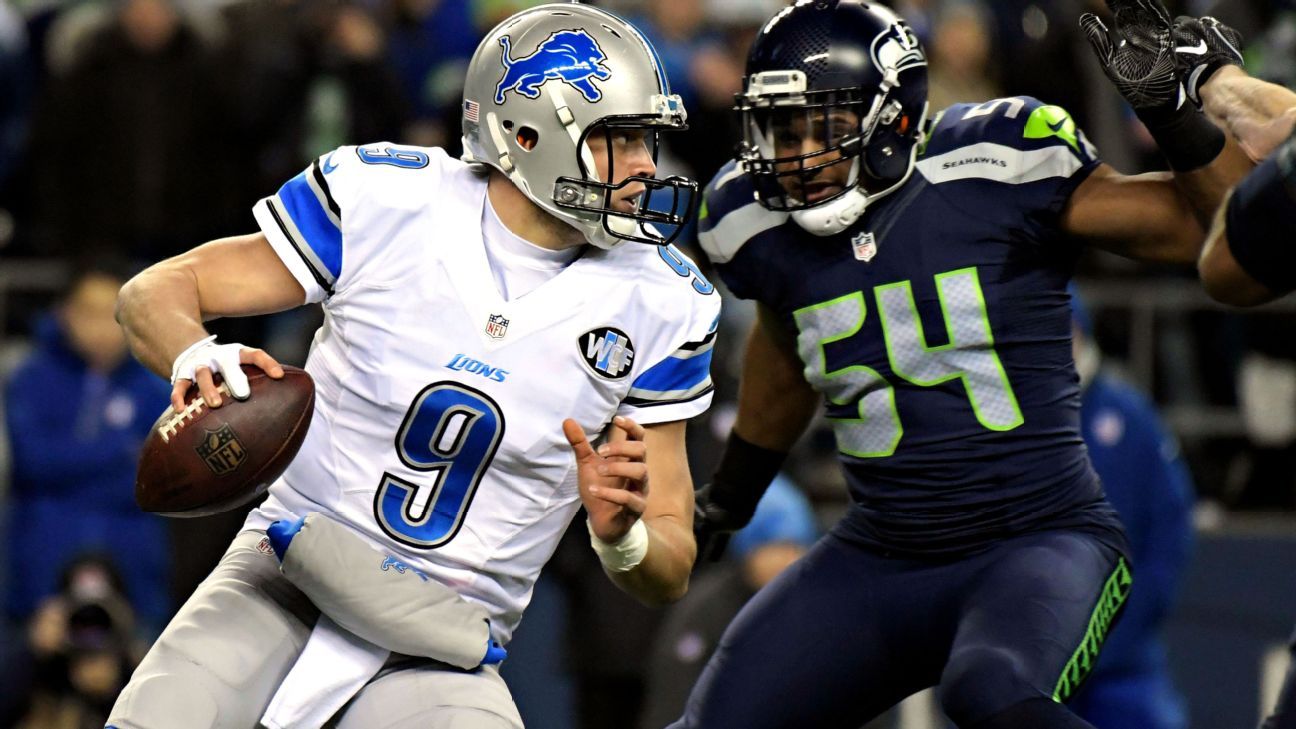 SEATTLE — The playoff misery continues for the Detroit Lions.
The Lions fell 26-6 on Saturday to the Seattle Seahawks. Before falling to Seattle, the Lions lost three straight regular-season games to playoff teams.
The Lions have gone 25 seasons without a playoff victory. They’ve gone 60 seasons without a road win in the playoffs.
Their nine-game playoff losing streak is the longest in NFL history, breaking a tie at eight with the Kansas City Chiefs (1993-2014) and Cincinnati Bengals (1990-present).
And in the Super Bowl era, Detroit still has only one win in the postseason, continuing a streak of futility and failure. Detroit is winless all time in the wild-card playoffs, with losses to Washington (1982, 1999), Green Bay (1993, 1994), Philadelphia (1995), Tampa Bay (1997), New Orleans (2011), Dallas (2014) and Seattle (2016).
The Lions also are the first NFL team since the 1999 Detroit squad to enter the postseason on a three-game losing streak and proceed to lose their first playoff game. Five other teams had gone into the playoffs on three-game losing streaks in that time frame, and all won their first playoff game.
Saturday’s defeat also showed how not-ready-for-prime-time these Lions were. They lost at night on national television for the third straight week and are 1-9 in their past 10 prime-time games.
Simply, here’s how the blowout loss happened:
Yes, the Lions made the postseason for the second time in three seasons, but once they arrived, so many players seemed to not show up. Detroit’s offense couldn’t score a touchdown and crossed midfield only three times.
Detroit’s defense, knowing it had a specific mission to stop the run, couldn’t do it, as RB Thomas Rawls ran for 161 yards and took over the momentum of the game.
And the Lions’ veteran players made boneheaded mistakes. WR Anquan Boldin was called for two personal fouls and DT Haloti Ngata had one, crushing Lions drives and extending a Seattle drive.