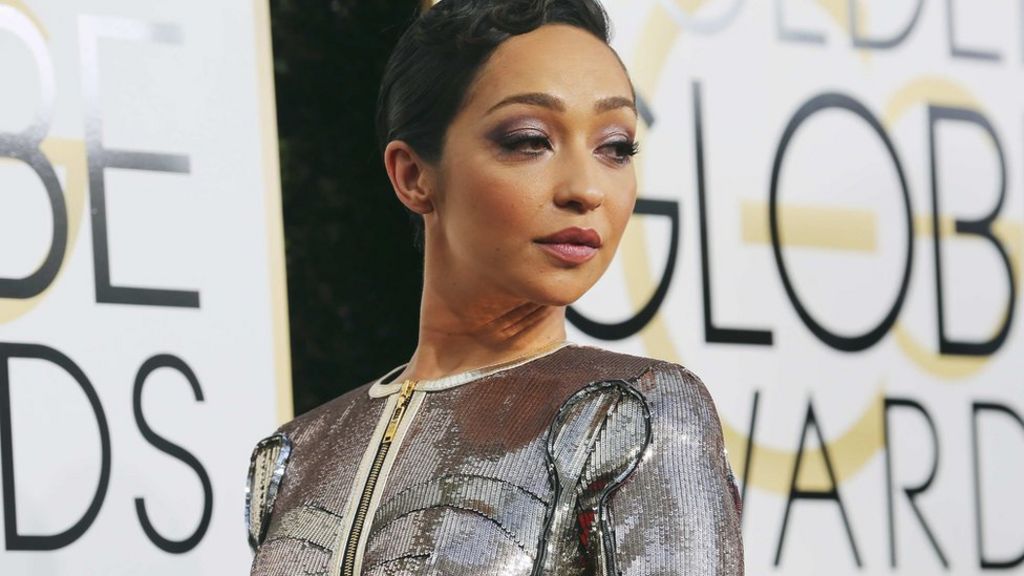 The Crown star Claire Foy (centre) and other cast and crew members celebrated the Netflix show’s double win.
Emma Stone is in pole position for the Oscars after her Golden Globe for best actress in a musical or comedy film.
Evan Rachel Wood broke with tradition and wore a suit on the red carpet. “I’ve been to the Globes six times, and I’ve worn a dress every time. And I love dresses, but I wanted to make sure that young girls and women knew they aren’t a requirement,” she said.
A pregnant Natalie Portman, pictured with husband Benjamin Millepied, was up for best actress in a film drama for Jackie.
But in one of the night’s surprise results, she lost out to French film star Isabelle Huppert, who won for her role in Elle, directed by Paul Verhoeven.
Amy Adams was also nominated for best actress in a film drama – and was joined on the red carpet by Arrival co-star Jeremy Renner.
Ruth Negga was among their rivals in that category, nominated for her role in Loving.
Black-ish star Tracee Ellis Ross won best actress in a comedy or musical TV series, and dedicated her win to “all the women of colour, and colourful people”.
Moonlight triumphed in the closely-fought battle for best film drama.
Nicole Kidman and Reese Witherspoon, who are starring in a forthcoming HBO series, teamed up to present an award.
Dev Patel (right) helped his Lion co-star Sunny Pawar reach the microphone.
Rogue One actress Felicity Jones was among the other stars turning on the style on the red carpet.
Hailee Steinfeld was nominated for best actress in a film musical or comedy for The Edge of Seventeen
Lily (daughter of Phil) Collins was also in that category – but neither could compete with Emma Stone.
The young Stranger Things cast looked particularly dapper – their show was up for best TV drama series.
Janelle Monae, Naomie Harris and Brie Larson also walked the red carpet. Harris was nominated for best supporting actress for her role in Moonlight.
Michelle Williams was nominated for best supporting actress in a motion picture for Manchester By The Sea, but lost out to Viola Davis.
Actress Blake Lively joined husband Ryan Reynolds, who was nominated for best film comedy or musical actor – but lost out to the other Ryan (Gosling).
Justin Timberlake and his wife Jessica Biel posed for photographers as they arrived for the ceremony.
Felicity Huffman was nominated for best actress in a mini-series or TV movie for American Crime. 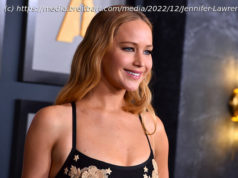 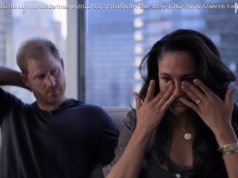 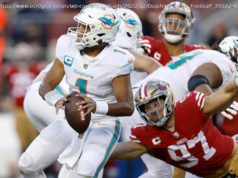