The old-fashioned musical triumphed, and there was joy through the land — “La La Land,” that is. Though Damien Chazelle’s candy-colored musical cleaned up at the Golden Globes, there was a more serious undertone to the evening, with references both humorous and not to the impending Donald Trump era. There was also a bang-up opening musical number and one of the cutest child actors ever to grace an awards stage. Here are some key moments of the evening:
GAGA FOR LA LAND: It’s no secret that Jimmy Fallon loves musicals, and the host showed that love with an elaborate opening number paying tribute to the virtuoso dancing traffic jam scene in “La La Land,” the night’s big winner. He even danced into the stars — with Justin Timberlake.
—
ECHOES OF MARIAH CAREY: The terrific opening immediately segued into an awkward moment for Fallon when, before he even started his monologue, the Teleprompter had failed. You know, live shows and all…
—
TRUMP ZINGERS: Was the president-elect watching? Who knows for sure, but he certainly had a presence at the ceremony. Fallon began his monologue noting that the Globes were “one of the few places left where America still honors the popular vote,” and went on to note, among other things, that the votes were tabulated by “Ernst & Young & Putin. ” He even likened Trump to Joffrey, a villain from “Game of Thrones. ”
—
PASSIONATE STREEP: Accepting her lifetime achievement award, Meryl Streep wasted no time in calling out Trump without mentioning his name — for his positions on immigration, and especially for his mocking of a disabled reporter. “It kind of broke my heart,” she said. “This instinct to humiliate, when it’s modeled by someone in the public platform, by someone powerful, it filters down into everybody’s life. Because it kind of gives permission for other people to do the same thing. ” She also made an impassioned call to support an independent press.
—
A DEDICATION FROM TRACEE ELLIE ROSS: Ross, a star of “Black-ish,” dedicated her best actress in a comedy award to “all of the women of color and colorful people whose stories, ideas, thoughts are not always considered worthy and valid and important. ” Ross was the first black woman to win the category since Debbie Allen in 1982. “I want you to know that I see you, we see you,” she said.
—
CUTEST KID AWARD: OK, we’ve seen kids at the awards shows before, but maybe not THIS cute. Presenting his movie “Lion,” Sunny Pawar, 8, appeared onstage with his costar, Dev Patel, and proceeded to break hearts with his adorableness.
—
ROYALTY RULES: Our enduring taste for royalty in popular culture was proven yet again with the TV drama award to “The Crown,” the lavish Netflix series about a young Queen Elizabeth II. Claire Foy, who plays the queen, made sure to pay tribute to the long-reigning monarch herself in her acceptance speech for best actress in a drama.
—
O, THE AGONY OF ANIMATED FILMS:
Animated films are supposed to make us happy — not cry. The irresistible presenting team of Kristen Wiig and Steve Carrell turned that assumption on its head. Recalling the first time he saw an animated movie, Carrell recounted how the day he saw “Fantasia,” his mom told his dad she wanted a divorce — and he never saw his dad again. Wiig recalled that the day she saw “Bambi,” her family had to put all three of their dogs down. And she didn’t speak for two years.
—
REMEMBERING A MOTHER AND DAUGHTER:
The ceremony paused for a film montage honoring Carrie Fisher and Debbie Reynolds, who died within a day of each other last month. But it was a teary remark by Streep, ending her speech, that was the most poignant: “As my friend, the dear departed Princess Leia said to me once, ‘Take your broken heart. Make it into art.’ Thank you, friend. “ 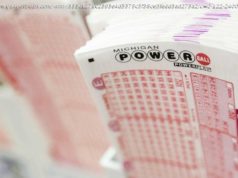 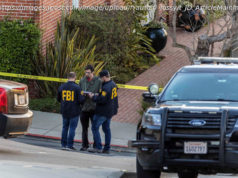 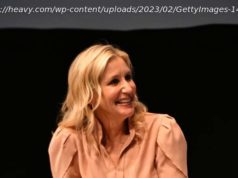