A small but growing group of congressmen and women have announced they will not attend President-elect Donald Trump’s inauguration, breaking with generations of past precedent.
In statements explaining their decisions, the members of Congress, who have all been Democrats thus far, cited Trump’s rhetoric on women, Muslims and immigrants, as well as concerns about the role Russian hacking may have played in the presidential election.
The boycott movement began with Georgia Rep. John Lewis, a civil rights icon, who said he did not view Trump as a “legitimate president” because of allegations that Russia attempted to sway the election in Trump’s favor. After Trump responded with several highly critical tweets about Lewis, Democrats rallied behind Lewis, and as of Saturday night, 17 members of Congress have announced they will not attend.
None of the Democrats who are boycotting are part of the House leadership for their party. All except one of those who are received at least 64 percent of their district’s vote in the November election.
Arizona Rep. Raúl Grijalva
“My absence is not motivated by disrespect for the office or motivated by disrespect for the government that we have in this great democracy, but as an individual act, yes, of defiance at the disrespect shown to millions and millions of Americans by this incoming administration, and the actions we are taking in this Congress,” Grijalva said on the House floor Friday, per CNN.
California Rep. Barbara Lee
California Rep. Ted Lieu
“Trump has made statements denigrating the patriotic and professional men and women of our intelligence services, many of whom risk their lives in service to our nation. He also continues to believe Vladimir Putin over our intelligence services and is actively misleading the American people when he denies Putin ordered a brazen, multifaceted cyberattack on America to benefit Trump,” Lieu wrote in a statement.
“On January 20, Trump will be in violation of Article 1, Section 9 of the Constitution because of the massive conflicts of interests he has with his global business holdings.”
California Rep. Mark Takano
"All talk, no action."
I stand with @repjohnlewis and I will not be attending the inauguration. pic.twitter.com/z8Q0wA9OPK — Mark Takano (@RepMarkTakano) January 14, 2017
California Rep. Jared Huffman
California Rep. Mark DeSaulnier
It is with a heavy heart and deep personal conviction that I have decided not to attend the #TrumpInauguration on January 20, 2017. — Mark DeSaulnier (@RepDeSaulnier) January 14, 2017
Georgia Rep. John Lewis
“I don’t see this president-elect as a legitimate president,” Lewis told Meet the Press. “I think the Russians participated in helping this man get elected, and they helped destroy the candidacy of Hillary Clinton. I don’t plan to attend the inauguration. It will be the first one that I miss since I’ve been in Congress.
Illinois Rep. Luis Gutiérrez
Gutierrez spoke from the House floor Wednesday , saying he “justify morally or intellectually the immense power we are placing in that man’s hands.”
Massachusetts Rep. Katherine Clark
Michigan Rep. John Conyers
A spokesperson for Coyners confirmed the decision with Politico.
Missouri Rep. William Lacy Clay
Clay told the St. Louis Post-Dispatch he will be “back home in St. Louis speaking to school kids” on Jan. 20.
New York Rep. Yvette Clarke
New York Rep. Adriano Espaillat
Espaillat, the first Dominican-American in Congress, has not issued any statement on the inauguration, but Politico reports he will not attend.
New York Rep. José Serrano
New York Rep. Nydia Velazquez
Oregon Rep. Earl Blumenauer
Oregon Rep. Kurt Schrader
Schrader told Oregon Public Broadcasting he will not “freeze my a–” at the inauguration, though, “I’ll do my best to work with him when I think he’s doing the right thing for the country.”
Possibly Not Attending
New York Rep. Jerrold Nadler
The New York congressman tweeted a highly critical message of Trump after his statements on Lewis, and Politico reports that he is not attending, but he has not released any official statement. Politico also identified him as a New Jersey congressman. Nadler represents New York’s 10th District.
California Rep. Maxine Waters
Again, Waters has issued no official statement. However, she did tell Politico, “it’s just not interesting,” when asked why she wouldn’t be attending.
South Carolina Rep. Jim Clyburn
The highest ranking House Democrat to indicate he might not attend, Clyburn told Politico he will not attend if the weather is poor. Clyburn, who is the House Democratic Assistant Leader, is 76 years old.
Vermont Sen. Bernie Sanders
The one-time Democratic presidential candidate has said he will “probably” attend the ceremony, per Politico. 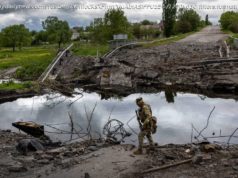 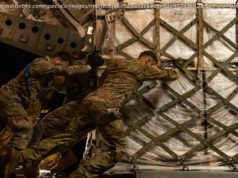 U. S Military Plane Lands With 39 Tons Of Baby Formula Amid National Shortage 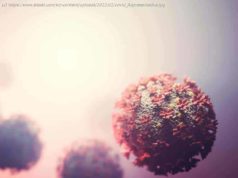