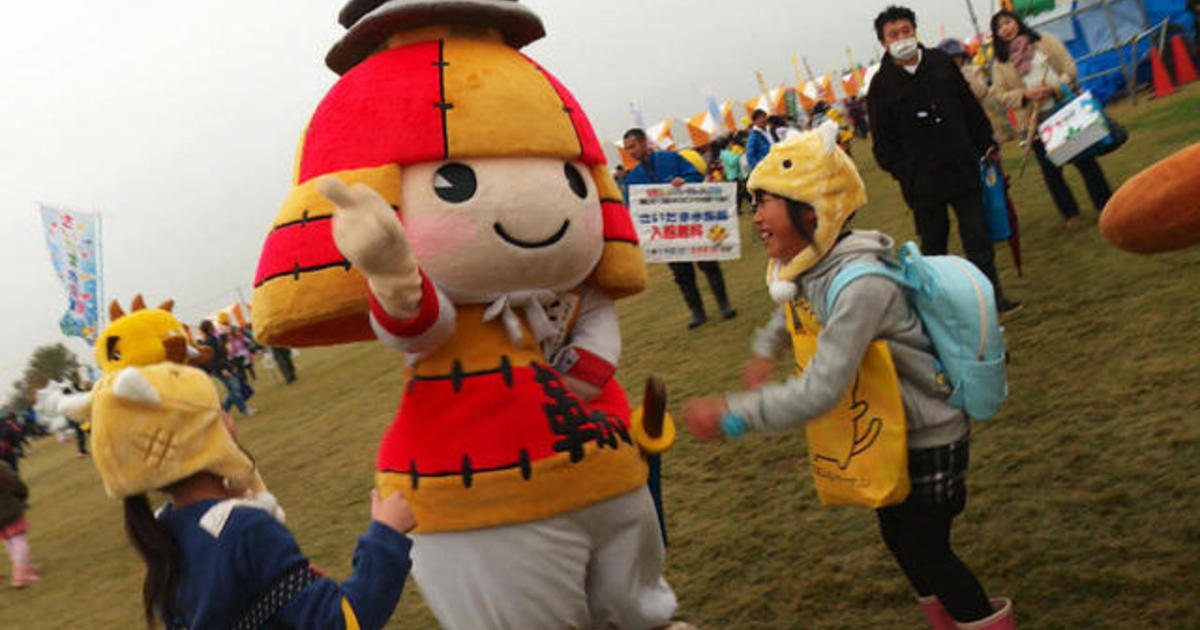 HANYU, Japan — They’re kooky, cuddly – and for some – a little creepy.
In Japan, mascots aren’t warm-up acts. They’re the main event, reports CBS News correspondent Adriana Diaz.
It’s been dubbed the capital of cute, and at the World Character Summit outside Tokyo, you can see why.
“You can love mascots just like people,” Miya Naruse told us. “Everything about them is cute.”
World Character Summit in Hanyu, Japan
Cuteness, or kawaii in Japanese, dominates pop culture. That’s why from young to old, the Japanese are smitten. But don’t be fooled, mascots are master salesmen. By one estimate, the character business generates nearly $16 billion a year.
Danny Choo, son of shoemaker Jimmy Choo, makes a living off his doll-like mascot named Mirai. She’s an official tourism ambassador for Japan, appearing on planes and buses. Choo said in Japan, mascots are an essential marketing tool.
“Whether it’s like for branding or to like bring in new customers… folks who like a particular character, they will go and buy those goods,” Choo said.