Posted 10:17 a.m. today
Updated 10:18 a.m. today
By STEVE PEOPLES, Associated Press
NEW YORK — His inauguration days away, President-elect Donald Trump is continuing to lash out at critics in the intelligence community and Democrats in Congress who are vowing to skip his swearing-in ceremony.
The tough-talking Republican questioned whether the CIA director himself was “the leaker of fake news” in a Sunday night tweet.
The extraordinary criticism from the incoming president came hours after CIA chief John Brennan charged that Trump lacks a full understanding of the threat Moscow poses to the United States, delivering a public lecture to the president-elect that further highlighted the bitter state of Trump’s relations with American intelligence agencies.
“Now that he’s going to have an opportunity to do something for our national security as opposed to talking and tweeting, he’s going to have tremendous responsibility to make sure that U. S. and national security interests are protected,” Brennan said on “Fox News Sunday,” warning that the president-elect’s impulsivity could be dangerous.
Trump shot back in a Twitter post Sunday, saying: “Oh really, couldn’t do much worse – just look at Syria (red line), Crimea, Ukraine and the build-up of Russian nukes. Not good! Was this the leaker of Fake News? ”
The president-elect remained behind closed doors in his Manhattan high rise for the weekend as his team worked to answer questions about his plans at home and abroad once he’s sworn into office on Friday.
Among Trump’s immediate challenges: the United States’ complicated relationship with Russia, crafting an affordable health care alternative that doesn’t strip coverage from millions of Americans and dealing with an assertion by Rep. John Lewis, a civil rights icon, that his election was not legitimate.
Without providing details, Trump promised his plan to replace the nation’s health care law would provide universal coverage, according to a Washington Post interview published late Sunday.
“We’re going to have insurance for everybody,” he said. “There was a philosophy in some circles that if you can’t pay for it, you don’t get it. That’s not going to happen with us. ”
In a separate interview with the Times of London, Trump indicated that he could lift sanctions imposed on Russia for its military intervention in Ukraine in exchange for a nuclear arms deal. The suggestion met a frosty reception in Moscow.
Meanwhile, a growing number of Democrats in Congress have vowed to skip Trump’s inauguration.
“We cannot normalize Donald Trump, and we certainly cannot turn our heads and ignore such a threat to the institutions and values of our democracy,” Rep. Jerrold Nadler of New York said Monday in a statement.
Trump’s lieutenants pushed back hard, particularly against Rep. John Lewis, D-Ga., a civil rights legend who said Russian interference in Trump’s election delegitimizes his presidency.
“I think it’s incredibly disappointing and I think it’s irresponsible for people like himself to question the legitimacy of the next United States president,” incoming White House chief of staff Reince Priebus said of Lewis on ABC’s “This Week,” insisting that Republicans did not question the legitimacy of President Barack Obama’s victory eight years ago. Vice President-elect Mike Pence said on “Fox News Sunday” that he hopes Lewis will change his mind and attend.
Priebus later acknowledged that conservatives — led by Trump himself — spent years questioning Obama’s eligibility to serve as president, suggesting he was not born in the United States.
Trump has done little to encourage unity in recent days, instead inflaming tensions with his critics through a series of tweets. The incoming president tweeted Saturday that Lewis should pay more attention to his “crime ridden” Atlanta-area district, adding that the civil rights leader was “all talk. ”
Questions about Trump’s relationship with Russia have dominated the days leading up to his inauguration.
Michael Flynn, who is set to become Trump’s national security adviser, has been in frequent contact with Russia’s ambassador to the U. S. in recent weeks, including on the day the Obama administration hit Moscow with sanctions in retaliation for the alleged election hacking, a senior U. S. official said.
After initially denying the contact took place, Trump’s team publicly acknowledged the conversations on Sunday.
“The conversations that took place at that time were not in any way related to the new U. S. sanctions against Russia or the expulsion of diplomats,” said Pence.
Repeated contacts just as Obama imposed sanctions would raise questions about whether Trump’s team discussed — or even helped shape — Russia’s response. Russian President Vladimir Putin unexpectedly did not retaliate against the U. S. for the sanctions or the expulsion of 35 Russian diplomats, a decision Trump quickly praised.
Trump has repeatedly called for a better relationship between the U. S. and Putin’s government. He suggested in an interview with The Wall Street Journal on Friday that he’d consider easing the latest sanctions on Russia.
“I think he has to be mindful that he does not have a full appreciation and understanding of what the implications are of going down that road,” Brennan said. 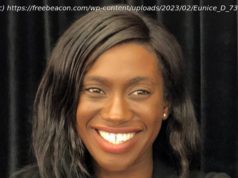 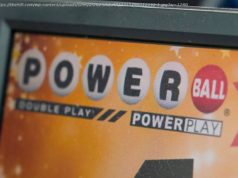 Powerball jackpot reaches $700M – when is your next chance to win? 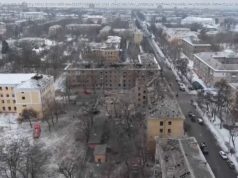