Ed Sheeran is on the road to promote his new music and album, which will be released on March 3.
The British crooner sang an acoustic version of his newest single, “Shape of You,” during his Thursday appearance on radio station Capital FM .
Despite his sheer brilliance, Sheeran’s melodic voice was put to a test when a fan requested an oddly peculiar track—the theme song of the ’90s sitcom “The Fresh Prince of Bel-Air,” which was rapped by Will Smith. Without second thoughts, Sheeran picked up his guitar and strummed a soft version of the song, to the surprise of the DJ.
He also revealed that he would guest in James Corden’s sought-after segment “Carpool Karaoke.” “I’ve been in touch with James Corden about this for three years because he wanted me to do the first one, and I just wasn’t around. I can confirm that at some point this year I will be doing Carpool Karaoke,” he said.
Sheeran teased, “I wanna put on something really awkward and dirty, like Biggie’s song ‘Big Booty Hoes.’”
After a yearlong hiatus from social media, Sheeran, 25, recently dropped two new singles from his upcoming third album “÷ ” (Divide)—”Castle on the Hill” and “Shape of You.” Both songs effortlessly surpassed music-streaming app Spotify’s record for the most-streamed hits in 24 hours, with 6.2 million and 6.8 million views respectively, Billboard reported.
“Truly overwhelmed with the reaction to these new songs,” Sheeran posted on Instagram. “I’ve never had anything like this, thank you for your wonderful messages. Now, please blast them out as loud as you can from every speaker you can find, as many times as you can!”
As a token of appreciation, Sheeran unveiled the complete playlist of “Divide,” which includes songs like “Eraser,” “Perfect,” “Happier” and “Supermarket Flowers.”
Revered for his chart-topping hits “Thinking Out Loud” and “Photograph,” Sheeran previously recorded two albums—”+” (Plus) in 2011 and “x” (Multiply)—in June 2014. Gianna Francesca Catolico
E d Sheeran returns to social media, finishes third album
Ed Sheeran to drop new album, songs this week 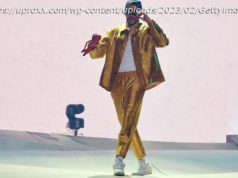 Who Is Performing At The 2023 Grammys? 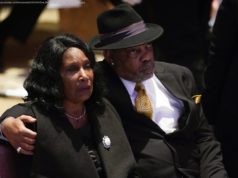 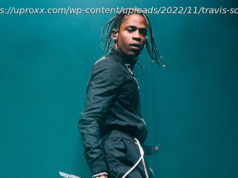