White House press secretary Sean Spicer acknowledged Monday that there were some problems with the explanation he gave over the weekend for why he considers President Trump’s inauguration audience the largest ever, but he continued to stand by the assertion.
Spicer said figures he provided Saturday about the number of trips taken on Metro during the inauguration were at odds with numbers provided by the Metro system itself. He said the numbers he used were not made up but were given to him by the Presidential Inaugural Committee, which received them from an “outside agency.”
[ Sean Spicer’s defense of himself and explanation of Donald Trump’s sensitivity, annotated ]
Beyond the number of people at the ceremony in Washington on Friday, Spicer clarified that his definition of a viewing audience does not just include those standing on the Mall or watching on television but also the “tens of millions” who watched online.
“It’s unquestionable,” Spicer said of his argument that Trump’s inauguration had the largest viewing audience, although he did not provide exact numbers or comparisons with previous inaugurations to back up his assertion. “And I don’t see any numbers that dispute that when you add up attendance, viewership, total audience in terms of tablets, phones, on television. I’d love to see any information that proves that otherwise.”
[ Analysis: There’s no evidence that Trump’s inauguration was the most-watched in history. Period. ]
Spicer did not address some of the other questionable data points he listed on Saturday, when he summoned the press corps to deliver a statement criticizing coverage of Trump’s inauguration while arguing Trump had “the largest audience to ever witness an inauguration, period, both in person and around the globe.”
While criticizing the media for reporting crowd counts, because the U. S. Park Service does not provide them, Spicer insisted that when the president took the oath of office, there were 720,000 people sitting in three sections on the Mall. He implied that aerial photos of the crowd, which appeared to show a far smaller turnout than for former president Barack Obama’s first inauguration, could not be trusted because a white ground covering was used, accentuating empty spaces. Spicer left the Saturday briefing without taking questions from reporters.
On Monday, Spicer took dozens of questions from reporters during a briefing that lasted more than 90 minutes. He opened the briefing — his first official one — by vaguely joking about his controversial statements over the weekend and saying his Twitter feed proves he is not the most popular press secretary. But soon, a reporter pressed Spicer on what happened and asked whether he plans as press secretary to always be truthful and never knowingly say something that isn’t factual.
“Our intention is never to lie to you,” Spicer said. “You’re in the same boat: I mean, there are times when you guys tweet something out or write a story and you publish a correction. That doesn’t mean that you were intentionally trying to deceive readers and the American people, does it? And I think that we should be afforded the same opportunity.
“There are times when we believe something to be true or we get something from an agency or we act in haste because the information available wasn’t complete, but our desire to communicate with the American people and make sure that you have the most complete story at the time, and so we do it. But, again, I think that when you look net-net, we’re going to do our best every time we can. I’m going to come out here and tell you the facts as I know them, and if we make a mistake, I’ll do our best to correct it.”
Spicer continued to push reporters to hold themselves to the same levels of accountability that they hold the White House. He again pointed to an inaccurate report Friday night by a reporter who mistakenly thought the bust of the Rev. Martin Luther King Jr. had been removed from the Oval Office. When it was revealed that the bust was still there, the reporter quickly issued a correction and an apology to his colleagues. Spicer responded on Twitter on Friday: “Apology accepted.”
“We had a tweet go out about Martin Luther King — think about how racially charged that is,” Spicer said Monday. “And someone rushes out and says to the entire press corps that the president of the United States has removed the bust from his office.”
Spicer said that while the reporter apologized to his colleagues, “Where was the apology to the president of the United States? Where was the apology to millions of people who read that and thought how racially insensitive that was. Where was that apology?” 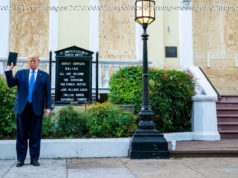 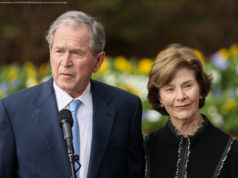 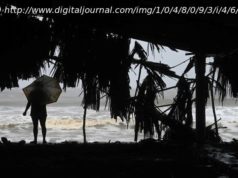