Or maybe you will…
President-elect Donald Trump is an executive producer on NBC’s Celebrity Apprentice. No, seriously! He’s in the end credits and everything.
So a lot of people are confused that Trump is now saying stuff like this:
Wow, the ratings are in and Arnold Schwarzenegger got “swamped” (or destroyed) by comparison to the ratings machine, DJT. So much for….
— Donald J. Trump (@realDonaldTrump) January 6, 2017
being a movie star-and that was season 1 compared to season 14. Now compare him to my season 1. But who cares, he supported Kasich & Hillary
— Donald J. Trump (@realDonaldTrump) January 6, 2017
You’d think that Trump would want Arnold to succeed. Y’know, congratulate him on carrying the torch. After all, Trump’s name is on the show!
But that’s what a person would do in reality. This is a reality show. It’s all about inciting conflict and then reaping the benefits. What Trump is doing to Schwarzenegger is the same thing he did to the contestants when he was the host. It’s just a game. Draw in the rubes and keep ’em gawping at the “drama.” It’s ratings-bait. Clickbait.
Like this! Like what you’re reading right now.
Rachel Maddow is openly lamenting that Trump is going to put her in a concentration camp, which is her own (inferior) form of ratings-bait. But even if Trump gave a $#!+ that she’s gay, which I can’t imagine he does, why would he do that? There would be nothing in it for him. No, instead he’d put her on TV with a bunch of other desperate pseudo-celebrities, set them against each other, make them humiliate themselves, and enjoy the show.
My guess is that next week’s Celebrity Apprentice ratings will improve, and Trump will crow about it, and all the Trump people will play along while all the anti-Trump people fume about his hypocrisy. And Trump will keep on laughing at the wonderful chaos he’s caused. It’s his show, and we’re all his contestants.
I honestly have no idea what the next four years will bring. But maybe Trump really does have some idea what he’s doing. Maybe you’re not as smart and worldly as you think you are. Maybe he’s got you doing exactly what he wants you to do.
Dance, puppet, dance! 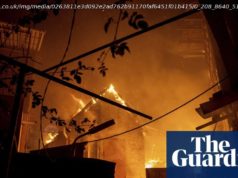 Russia-Ukraine war at a glance: what we know on day 284 of the invasion 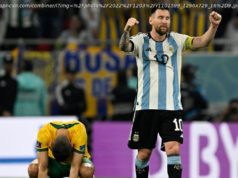 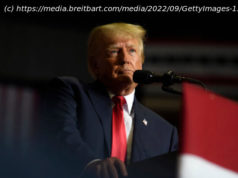