President-elect Donald Trump arrived in Washington with flair on Thursday, formally launching the inaugural festivities that will lead to his swearing in as the nation’s 45th president on Friday.
Kicking off three days of carefully orchestrated proceedings infused with pomp and guided by precision and protocol, the president-elect allowed himself to veer off script and revel in the moment.
Trump and his extended family signaled a new era in the country’s governance as they stepped off a military plane at Joint Base Andrews with understated glamour. They headed directly to his Pennsylvania Avenue property, the Trump International Hotel, where the president-elect irreverently toasted his Cabinet nominees.
“We have by far the highest IQ of any cabinet ever assembled,” Trump said in a characteristically grandiose declaration before several hundred supporters, lawmakers and allies at an official luncheon.
[ A fierce will to win pushed Donald Trump to the top ]
Trump narrated his journey and the day’s festivities on Twitter. “On my way!” Trump tweeted as he headed to Arlington National Cemetery, where he and Vice President-elect Mike Pence solemnly laid a wreath at Tomb of the Unknowns.
During the brief ceremony, Trump and Pence stood with their hands over their hearts, as a bugler played Taps. Neither man spoke before departing.
Trump then headed to a “Welcome Concert” at the Lincoln Memorial, where thousands of supporters were waiting. He took his seat shortly before 5 p.m., offering a thumbs-up to the crowd as he took a seat beside his family and listened to a medley of country hits performed on a stage set up on the base of the memorial. The seated statue of Lincoln was visible in the background.
Trump later stood and applauded enthusiastically as country signer Lee Greenwood was announced and started singing the first verse of his iconic hit, “God the Bless the U. S. A.”
After Greenwood’s performance, Trump put his arm around his shoulders as the crowd started chanting, “U. S. A.”
Another headliner, the rock band 3 Doors Down, followed. The band opened with a song, “Broken,” the lyrics of which echoed an appeal Trump made to disenchanted voters who felt forgotten by Washington: “This is the call to the broken/To all the ones who been thrown away/This is the call to the broken/Stand up and take back your world today.”
The event began on a discordant note, as actor Jon Voight told the crowd that Trump had prevailed in the “grueling” election against Hillary Clinton despite a lot of negativity.
“We’ve been witness to a barrage of propaganda that left us all breathless with anticipation not knowing if God could reverse all the negative lies against Mr. Trump, whose only desire was to make America great again,” Voight said.
Voight called Trump “an honest and good man who will work for all the people, no matter their creed or color.”
As Trump put the finishing touches on the inaugural address he will deliver from the steps of the Capitol after taking the oath of office at noon Friday, Pence and their incoming administration were preparing to assume control of the federal government.
Addressing reporters on Thursday from the transition team’s Washington headquarters, Pence said, “It is a momentous day before a historic day.”
The vice president-elect noted that all 21 Cabinet nominations have been made and that 536 so-called beachhead officials are ready to report for duty at federal departments and agencies.
President Obama’s appointees packed up their belongings and vacated their offices Thursday, although the Trump team is temporarily retaining 50 of them in critical positions throughout the government to ensure continuity until Trump can more fully staff his administration.
[ Obama grants final 330 commutations to nonviolent drug offenders ]
“Our job is to be ready on Day One,” Pence said. “The American people can be confident that we will be.. .. It’s going to be a very humbling and moving day for the president-elect his family and for mine. But let me tell you, we are all ready to go to work.”
While the bureaucrats-to-be were working, Trump supporters from around the country who had descended on Washington were partying at a concert on the steps of the Lincoln Memorial, which were bathed in patriotic lighting. Throngs of people extended down the reflecting pool and toward the Washington Monument as an assembly of military bands and recording artists performed for the president-elect.
The concert served as a reminder of Trump’s limited popularity. Despite his electoral vote victory, a majority of voters cast their ballot for someone else in last November’s election. Trump is the least-popular incoming president in at least four decades, with 40 percent of Americans holding a favorable impression of him and 54 percent holding an unfavorable one, according to a Washington Post-ABC News poll released earlier this week.
Trump struggled to attract A-list talent to perform at his festivities, with such entertainers as Elton John, Celine Dion and the makeup-wearing rock band KISS said publicly that they turned down invitations. One artist announced to perform at the concert last week — Broadway performer Jennifer Holliday — dropped out the following day, saying she had heard concerns from the gay community about the message her participation would send.
The concert headliners included country singers Toby Keith, along with an array of military and other acts performing patriotic numbers. 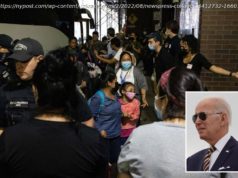 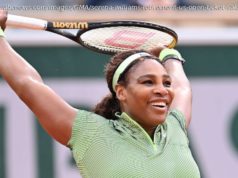 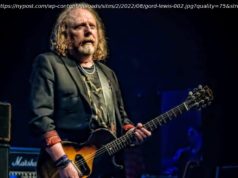