Iran imprisons Chinese-American for 10 years; President Rouhani’s brother detained on financial misconduct allegations.
Iran has imprisoned a Chinese-American man for 10 years after accusing him of “infiltrating” the country and detained President Hassan Rouhani’s brother over allegations of financial misconduct, authorities said Sunday.
News of the detentions comes less than two months after relative moderate Rouhani beat a hard-line opponent to win reelection by running in large part on his record of pursuing greater engagement with the West. They were announced by the judiciary, a pillar of hard-liners’ influence.
The Chinese-American dual national was identified as Xiyue Wang, a 37-year-old history researcher, according to Mizan Online, a website affiliated with the judiciary.
He was not previously known to be among the handful of Americans detained in Iran.
“It was verified and determined that he was gathering (information) and was involved in infiltration, ” Judiciary spokesman Gholamhosein Mohseni Ejehi said during a routine press briefing.
Ejehi did not identify Wang by name. But hours after he spoke, Mizan published an article attributed to an unnamed source that revealed his identity and included several photos of him apparently taken from the internet.
The Mizan article said he was born in Beijing and entered Iran as a researcher. It pointed to graduate studies he did at Princeton University in 2013 and 2014, and described him as a fluent speaker of Persian.
In a statement, Princeton said Wang was arrested in Iran last summer while conducting research on the 1794-1925 Qajar dynasty for his PhD in late 19th and early 20th century Eurasian history.
“We were very distressed by the charges brought against him in connection with his scholarly activities, and by his subsequent conviction and sentence, ” the statement read.
The university said it’s been working with Wang’s family, the U. S. government, private counsel and others to secure his release. It said it was hopeful he would be freed upon appeal.
A photo of Wang on Princeton’s history department shows him posing under a plaque at the entrance of China’s official Xinhua News Agency’s bureau in Kabul, Afghanistan.
A short bio on the Princeton in Asia website said Wang had been a fellow in Hong Kong in 2008-2009, had completed a bachelor’s degree in South Asian studies at the University of Washington and did Russian and Eurasian studies at Harvard.
“For better or worse, he still can’t tell you what exactly he has been studying in the many years that have passed, ” the site said. “What he does know is that his dream is to walk the ancient Silk Road from Xi’an to Rome one day.”
Wang was arrested on Aug. 8,2016 and is accused of passing confidential information about Iran to the U. S. State Department, Princeton’s Sharmin and Bijan Mossavar-Rahmani Center for Iran and Persian Gulf Studies, the Harvard Kennedy School and the British Institute of Persian Studies, according to Mizan. It alleged he recorded some 4,500 pages of digital documents.
The U. S. State Department was not immediately able to provide details on the case. It said its citizens’ safety and security is a top priority.
The U. S. does not maintain formal diplomatic relations with Tehran and warns its citizens traveling there that they risk arrest or being barred from leaving Iran.
“The Iranian regime continues to detain U. S. citizens and other foreigners on fabricated national-security related changes, ” it said in a statement to The Associated Press. “We call for the immediate release of all U. S. citizens unjustly detained in Iran so they can return to their families.”
The arrest of the president’s brother, meanwhile, stunned many in Iran.
Ejehi said the brother, Hossein Fereidoun, was taken into custody over allegations of financial impropriety and is eligible for bail, but has not paid it yet.
Fereidoun is a close confidante of the moderate president, a cleric who changed his surname to Rouhani, meaning “spiritual, ” after joining the seminary decades ago.
Fereidoun was part of the negotiating team that ultimately sealed Iran’s landmark nuclear deal with world powers in 2015, winning the country relief from international sanctions in exchange for limits on its atomic energy program.
The deal was unpopular with Iranian hard-liners, whose influence runs deep within the judiciary. They saw the nuclear deal as giving too much away in exchange for too little.
Fereidoun has long been a target of hard-liners, who have accused him of misdeeds including money laundering and misappropriation of government funds.
The unproven allegations were a flashpoint during the May presidential election, with the president’s hard-line challengers demanding that the judiciary investigate accusations against Fereidoun.
Wang is one of several Americans in Iranian custody.
Iranian-American art gallery manager Karan Vafadari was detained along with his Iranian wife last year. They have yet to be convicted of a crime.
Iranian-American businessman Siamak Namazi and his 81-year-old father, Baquer Namazi, are each serving 10-year sentences for “cooperating with the hostile American government.”
Another Iranian-American, Robin Shahini, was released on bail last year after staging a weeks-long hunger strike while serving an 18-year prison sentence for “collaboration with a hostile government.”
Still missing is former FBI agent Robert Levinson, who vanished in Iran in 2007 while on an unauthorized CIA mission.
Also in an Iranian prison is Nizar Zakka, a U. S. permanent resident from Lebanon who advocates for internet freedom. He lives in Washington D. 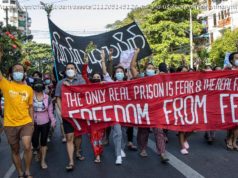 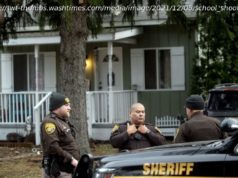 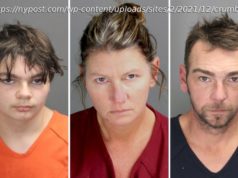