Photos show collapsed buildings and widespread rubble.
A powerful earthquake struck Mexico on Tuesday afternoon, killing at least 79 people across the country. At least 42 people died in the Mexican state of Morelos alone. The quake destroyed and damaged at least 20 buildings in Mexico City.
It seems likely that many more casualties will follow in and around the capital. There were reports that people were trapped in collapsed buildings, and videos showed volunteers attempting to dig out rubble.
The quake, which hit at 1:14 p.m. local time, measured 7.1 on the Richter scale and was centered 76 miles southeast of the country’s capital, according to the U. S. Geological Survey.
Preliminary photos and video showed whole buildings crumbling during and after the shaking, and rubble and downed trees on the streets in the aftermath. Thousands of people streamed onto the streets.
Many videos emerged of the moment the quake struck:
President Trump, who is deeply unpopular in the country, tweeted his sympathies.
On September 8, the most powerful earthquake to hit Mexico in a century killed dozens in the southern part of the country.
September 19 happens to be the 32nd anniversary of one of the most catastrophic earthquakes in the country’s history, an 8.0 magnitude tremor that hit near Mexico City, which killed several thousand people and led the city to adopt stricter building codes. Just hours before Tuesday’s earthquake, buildings around the country had held annual evacuation drills. 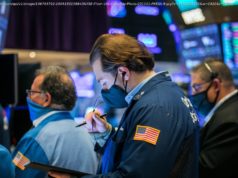 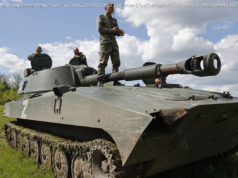 Russia-Ukraine war: What happened today (May 20) 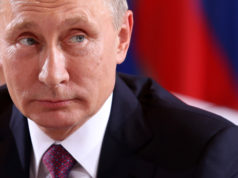