As social media companies wield greater power in the political system, more safeguards are needed.
Chastened by criticism that Facebook had turned a blind eye to Russia’s manipulation of the social network to interfere in the 2016 election, the company’s executives now acknowledge a need to do better and have promised to be more transparent about who is paying for political ads. That’s a good start, but more is required — of Facebook, of social media giants generally and of Congress.
Mark Zuckerberg, a co-founder and the chief executive of Facebook, said on Thursday that the company would give congressional investigators more than 3,000 Russia-linked ads and would begin disclosing the names of Facebook business accounts that place political ads on the site. He also said the company would hire more people to improve security, work more closely with election regulators and crack down on political harassment.
“I don’t want anyone to use our tools to undermine democracy,” he said. “That’s not what we stand for.” A day earlier his top lieutenant, Sheryl Sandberg, pledged to change the company’s systems so ad buyers couldn’t target their missives to racists and anti-Semites. These statements came two weeks after Facebook said that a business linked to the Russian government had placed $100,000 worth of divisive ads on the site between 2015 and May of this year.
Companies like Facebook, Twitter and Google have become a huge force in the political system and in society broadly. While their executives have eagerly embraced their status as disrupters and innovators, they have been reluctant to acknowledge that their creations have been used to do harm. Technology executives have been loath to accept much or any responsibility for the power they and their businesses wield. In fact, many of them have gone out of their way to avoid or evade rules that apply to the traditional businesses that they are trying to displace. For example, Facebook argued in a 2011 letter to the Federal Election Commission that it and other internet companies should not be subject to regulations on political ads that radio and TV stations have to abide by.
Mr. Zuckerberg’s concern about democracy is commendable, and some of the changes he announced could have a positive impact. But they apply only to his company and can be easily evaded. Disclosing the name of Facebook business accounts placing political ads, for instance, will be of little value if purchasers can disguise their real identity — calling themselves, say, Americans for Motherhood and Apple Pie. Further, even if Facebook succeeds in driving away foreign propaganda, the same material could pop up on Twitter or other social media sites.
More comprehensive safeguards will need intervention from Congress, which could begin by passing a law requiring online political ads — those that mention candidates seeking office or that advocate for certain political outcomes — to disclose who paid for them. Congress should also require internet companies to preserve the ads, and data about the groups the ads were targeted against, to help investigators looking into illicit activities. Two Democratic senators — Amy Klobuchar of Minnesota and Mark Warner of Virginia — are planning to introduce a bill with some of these ideas.
Of course, legislation cannot completely protect American elections from outside interference. It was already illegal for foreigners to purchase political ads when Russian agents started their Facebook campaign. Stronger enforcement of those rules would help, but that would require broader reforms, like replacing the Federal Election Commission, a toothless watchdog often paralyzed by partisan gridlock, with a new agency that has an odd number of members, including a nonpartisan election law expert.
An educational effort by government, schools, civil society groups and the media to help people distinguish facts from fakery might help. Regrettably, President Trump has elevated “alternative facts” to a high political art, and many members of his party and its talking-head cheerleaders seem perfectly happy to follow his lead. The willingness of social media to serve as a theater for obvious propaganda doesn’t help advance the cause of truth. 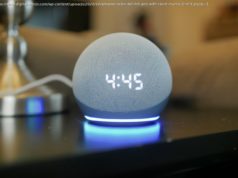 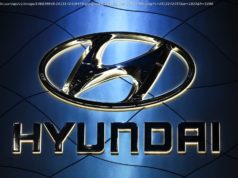 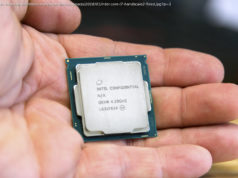