There are many little-known facts about the Academy Awards.
The 90th annual Academy Awards will air Sunday evening on ABC, with comedian and talk show host Jimmy Kimmel returning to host. But there’s a lot more to the ceremony than what films are nominated and who the stars are wearing.
Here are some little-known facts about Hollywood’s biggest night you can use to impress your friends at your watch party.
There are many theories into how the Academy Awards trophy earned the name Oscar, but one story cited by The Hollywood Reporter suggests the statue was named after former Academy librarian and executive director Margaret Herrick’s uncle.
See all of the best photos of the week in these slideshows
Shortly after the awards debuted in 1929, Herrick said the golden male standing atop a black base tended to resemble her Uncle Oscar. Soon after, Hollywood gossip columnist Sidney Skolsky used the name “Oscar” to refer to actress Katharine Hepburn’s 1934 best actress win for Morning Glory. The name of the statue, which weighs 8.5 pounds and is 13.5 inches tall, grew in popularity, but the Academy didn’t officially begin referring to the award as “Oscar” until 1939.
It’s no secret that the members of Hollywood royalty that grace the Oscars’ red carpet are decked out in costly gowns and accessories. But it can be eye-popping how much they spend on the event. The cost for an A-List actresses’ entire look amounts to $10 million, according to data from Wallet Hub. The average attendee’s look costs $1.5 million, whereas a first-time guest comes in at $266,000.
Each year, the Academy releases an annual financial report regarding the ceremony’s total cost. According to The Guardian, the 2016 filing indicated the organization spent $44 million on mounting the Oscars ceremony and other “related activities,” which included $260,000 allotted towards the annual nominee’s luncheon and $1.8 million designated for the official after party. The live show itself is estimated to cost between $21 million and $22 million.
Hollywood—and especially the Academy Awards—have been historically bad when it comes to recognizing diversity. So it’s exceptional that Jordan Peele (Get Out) and Greta Gerwig (Lady Bird) received nominations in the best director category, which is typically dominated by white men. Peele and Gerwig’s nominations are also historic: it’s only the second time a black man and a woman have been nominated for best director at the same time. The only other time that happened was in 2010 by Lee Daniels (Precious) and Kathryn Bigelow (The Hurt Locker)—Bigelow won, becoming the first woman to win the best director Oscar.
In an effort to avoid the controversial #OscarsSoWhite trend that made headlines in 2016, former Academy president Cheryl Boone Isaacs called for changes to be made to its roster of voters to keep pace with the industry’s “more inclusive” environment. The result: the voter’s lineup in 2018 is the Academy’s most diverse ever—39 percent are women and 30 percent are people of color. Notable names like Gal Gadot, Dwayne Johnson and Anna Faris were among the list of 774 new members invited to join the Academy.
The Super Bowl might still be the most expensive real estate for an advertisement, but ABC is challenging the NFL’s dominance. The network charged a hefty fee for the 30-second commercials that will air during the 2018 Oscars: roughly $2.6 million per spot, according to Variety. Pricey? No doubt. But football is still the champion. ABC’s rate is 48 percent less than the Super Bowl’s $5 million fee per commercial. 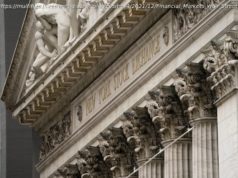 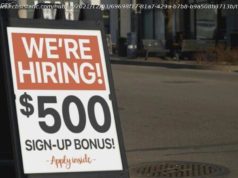 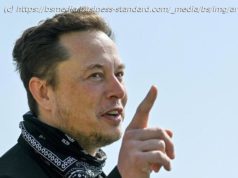