Patriots and lovers of democracy should both weep and vow to fight even harder to protect the foundations of this country that we love.
America’s core protection against tyranny is the separation of powers. The framers of the Constitution established an independent judiciary to protect each of us from the overreach of executive power and the passions of the moment as they are reflected in the legislature.
After passage of the Bill of Rights, the Supreme Court took on the additional and essential role of protecting the rights of ordinary Americans.
So we should be especially vigilant when we see efforts to undermine the independence of the Supreme Court by hyper-partisan attempts to stack that institution.
Senate President Mitch McConnell’s lust for a partisan court is not new. He stood at the committee room door to block even a hearing on President Obama’s appointment of the eminently qualified Judge Merritt Garland. The push to elevate Judge Kavanaugh has been an even bolder effort.
Now that Maine’s so-called moderate GOP senator, Susan Collins, has fallen in line, it looks like the nomination is a sure thing.
And the damage is likely to be lasting.
As a nominee, Judge Kavanaugh didn’t seem to care much about telling the truth under oath. He lied when he explained what “ralphing” is. He lied when he explained what was meant by “Renata Club” — whatever that was. He lied when he described “boufing” and the “devil’s triangle.”
Kavanaugh did not even pretend that the Supreme Court should be independent or that judges should be dispassionate. Defending himself against the horrible possibility that as a young man he may have attempted to force himself on an unwilling and terrified younger girl, he shouted:
“This whole two-week effort has been a calculated and orchestrated political hit, fueled with apparent pent-up anger about President Trump and the 2016 election, fear that has been unfairly stoked about [my] judicial record, revenge on behalf of the Clintons.”
The Clintons? Really?
Kavanaugh’s righteous anger sounded more like talk-show conspiracy mongering than anything hinting of a judicial temperament.
Let’s be honest about what’s really at issue.
The Supreme Court in recent years has allowed unlimited secret money into political campaigns. It has expanded so-called “religious exemptions” to allow companies and organizations to opt out of civil rights laws. It has made it nearly impossible to regulate guns in any sensible way. It has tilted the balance against America’s workers in ways that contribute to a vast and growing wealth gap.
McConnell wants more of that, and he is not about to let any concerns about the health of our democratic institutions get in his way. Heck, he’s not about to allow credible allegations of attempted rape get in his way.
On another side of our city, the barons at the Chicago Tribune have urged the Senate to approve this nomination. They argue that elections have consequences (even, we suppose, when the Russians put their paw on the scale). It does not matter to them that with each partisan split decision the court weakens its claim to independence and fairness.
We hold to this: Our democracy needs leaders who put the institutions that protect our freedoms first. In hyper-partisan times, it is easy to mistake political positions for patriotism. But that is precisely how democracies die.
It seems a forgone conclusion now that this partisan and intemperate nominee will be confirmed by a partisan Senate.
Patriots and lovers of democracy should both weep and vow to fight even harder to protect the foundations of this country that we love. 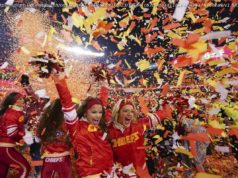 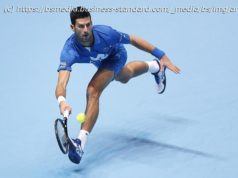 I still have lots of motivation: Novak Djokovic at Australian Open 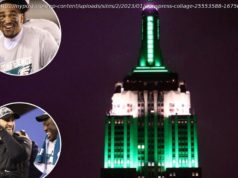