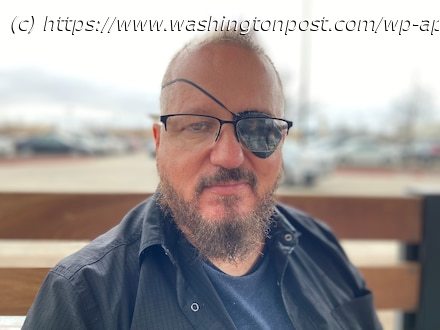 Stewart Rhodes and four co-defendants are accused of plotting to unleash political violence to prevent the inauguration of President Biden, culminating in the Jan. 6, 2021, Capitol attack.
A federal jury on Tuesday convicted Oath Keepers founder Stewart Rhodes of seditious conspiracy for leading a months-long plot to unleash political violence to prevent the inauguration of President Biden, culminating in the Jan. 6, 2021, attack on the Capitol.
The panel of 12 District residents deliberated for three days before finding Rhodes guilty of conspiring to oppose by force the lawful transition of presidential power.
Rhodes, in a dark suit and black eye-patch from an old gun accident, stood at the defense table, watching as verdicts continued to be read for him and four co-defendants facing a 13-count indictment.
The indictment brought against Rhodes, 56, and other Oath Keepers associates in January was the first time the U.S. government leveled the historically rare charge of seditious conspiracy in the massive Jan. 6 investigation. He is the highest-profile figure to face trial in connection with rioting by angry Trump supporters who injured scores of officers and ransacked offices, forcing the evacuation of lawmakers.
Rhodes and followers, dressed in combat-style gear, converged on the Capitol after staging an “arsenal” of weapons at nearby hotels, ready to take up arms at Rhodes’s direction, the government charged. Rhodes’s defense said he and co-defendants came to Washington as bodyguards and peacekeepers, bringing firearms only in case Trump met their demand to mobilize private militia to stop Biden from becoming president.
1 / 2
The verdict in Rhodes’s case likely will be taken as a bellwether for two remaining Jan. 6 seditious conspiracy trials set for December against five other Oath Keepers and leaders of the Proud Boys, including the longtime chairman Henry ‘Enrique’ Tarrio. Both Rhodes and Tarrio are highly visible leaders of the alt-right or far-right anti-government movements, and were highlighted at hearings probing the attack earlier this year by the House Jan. 6 committee.
The Justice Department arrested Rhodes in January and Tarrio in June after an internal debate over whether the magnitude and organization behind the Capitol attack merited bringing rarely used seditious conspiracy charges. Bringing the politically charged count posed a higher risk at trial because it required that prosecutors prove the defendants harbored an intent to forcibly oppose the federal government, compared to the charge of conspiring to obstruct a proceeding of Congress, which is punishable by the same 20-year maximum prison term.
The Justice Department has argued in related cases that a conviction on either charge should carry the same seven to nine-year sentence under advisory federal guidelines. But the department calculated it was worth the risk to try to send a public message by charging the defendants with one of the most serious political crimes in a wider attack on democracy.
Rhodes, who was at the Capitol but did not enter on Jan. 6, and Tarrio, who allegedly directed his group from Baltimore, drew heightened scrutiny because of the prominence of their followers’ actions at the Capitol and linkages to violence. Both also claimed ties to a long list of Trump advisers associated with the effort to overturn the 2020 presidential election results — including Trump political confidant Roger Stone, “Stop the Steal” organizer Ali Alexander and former national security aide Michael Flynn — while attorney Sidney Powell’s nonprofit raised legal defense funds for Rhodes co-defendants.
Though prosecutors sought to prove only that Rhodes plotted with co-defendants to obstruct the presidential transition, both sides acknowledged that he was in contact with Stone, Alexander and Flynn during the post-election period.