As Sen. Jeff Sessions’ (R-Ala.) confirmation hearings get underway this morning, there’s no shortage of reasons to consider him one of Donald Trump’s most controversial cabinet nominees. The far-right Attorney General nominee’s record on race , criminal justice , and other social issues puts him far outside the American mainstream.
But Bloomberg Politics had an interesting report yesterday on an under-appreciated aspect of Sessions’ policy worldview.
Lawmakers in both parties are pressing Alabama Senator Jeff Sessions not to wipe out the booming marijuana industry in states like Colorado should he win confirmation as U. S. attorney general.
Sessions could theoretically use federal enforcement power to try to cripple what is already a $6 billion business that may soon triple after California, Massachusetts, Nevada and Maine voted in November to legalize recreational use of the drug.
As regular readers probably know , there have been some historic breakthroughs in recent years on U. S. drug policy, with voters in several states approving ballot measures to legalize recreational or medicinal marijuana use. These state-based policies have been allowed to proceed because the Obama administration extended its approval.
But it didn’t have to. As we’ve discussed , under federal law, officials could have ignored voters’ will and blocked those policies from advancing. State experimentation has been allowed to flourish because President Obama and his team have a progressive approach to the issue.
Sessions doesn’t.
Politico recently published a piece on the Alabama senator’s record on the issue: “In April, he said, ‘Good people don’t smoke marijuana,’ and that it was a ‘very real danger’ that is ‘not the kind of thing that ought to be legalized.’ Sessions … has called marijuana reform a ‘tragic mistake’ and criticized FBI Director James Comey and Attorneys General Eric Holder and Loretta Lynch for not vigorously enforcing a the federal prohibition that President Obama has called ‘untenable over the long term.’”
Obama has permitted states to pursue their own course, but federal law has not changed as it relates to illegal drugs, including marijuana. In other words, the moment Sessions becomes the nation’s chief law-enforcement official – assuming, that is, that he’s confirmed by a Republican-led Senate – he’ll have the authority to effectively undo the voter-endorsed state marijuana laws and reverse all of the recent progress on the issue.
Americans’ attitudes are shifting to the left on the “war on drugs,” but Americans’ next Attorney General may move the nation’s policy very quickly to the right. 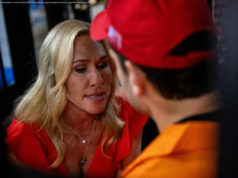 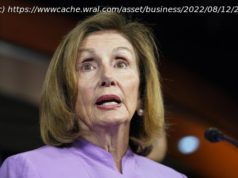 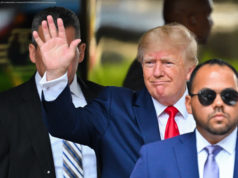