“House of Cards” creator Beau Willimon believes that Donald Trump’s presidency is a step back for America, but he’s hopeful the country will move forward in the long run.
“We have always moved forward, slowly, with difficulty, with pain, with death,” Willimon told TheWrap’s Editor-in-Chief Sharon Waxman and Anna Palmer, co-author of Politco’s Playbook daily newsletter. “And we have had times where we have moved backwards. We saw it in Reconstruction. We saw it in the Jim Crow era after the 13th Amendment was passed.”
“There are times we moved backward,” he continued. “But we always end up in the long term moving forward, improving, involving, and perfecting our democracy. We’ve moved backward right now… but in the long story that is America we will overcome that, we will move beyond that, and our country will be a better place.”
Also Read: Netflix Unveils ‚House of Cards‘ Season 5 Premiere Date, Teaser on Inauguration Day
Willimon also said that among his chief concerns with the current state of affairs in this country is efforts by the right to gerrymander electoral districts in order to stay in power, citing things like the REDMAP Project, in which the GOP organized across the country to redraw districts state by state.
“We have a country in which there has been a systematic, concerted effort to game redistricting across the country,” he said. “When you look at the huge disparity in terms of the way our votes count and the ways our votes are being suppressed and locked out, we do not have a representative republic in this country right now. And that’s not just the Presidency, that’s our Congress.”
For Inauguration Day, the top of the W Hotel across from the White House was transformed into Politico’s 2017 Inauguration Hub. They have welcomed a mix of political leaders, activists and respected business and cultural figures.
Also Read: How to Watch Fox News‘ Inauguration Coverage Live Online
Programming at the Hub will include a panel on the future of environmental policy — co-moderated by Waxman and Politico Editor John Harris — titled “Coming Together: The Environment and the Next Four Years,” which will be live streamed at 10:30 a.m. PT/1:30 p.m. ET.
Panel participants include Mike McKenna, president, MWR Strategies; Collin O’Mara, CEO, National Wildlife Federation; and “Before the Flood” director Fisher Stevens, an Oscar-winning documentarian, who is also an actor.
The Donald Trump inauguration will commence at approximately 11 a.m. ET.
Read original story ‘House of Cards’ Creator Beau Willimon on Trump Inauguration: ‘We’ve Moved Backward’ At TheWrap 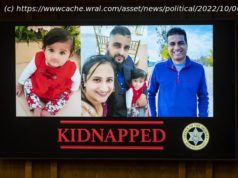 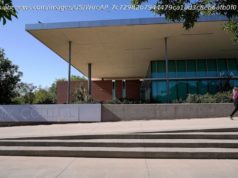 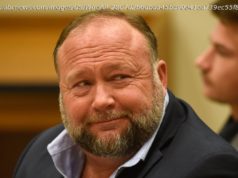