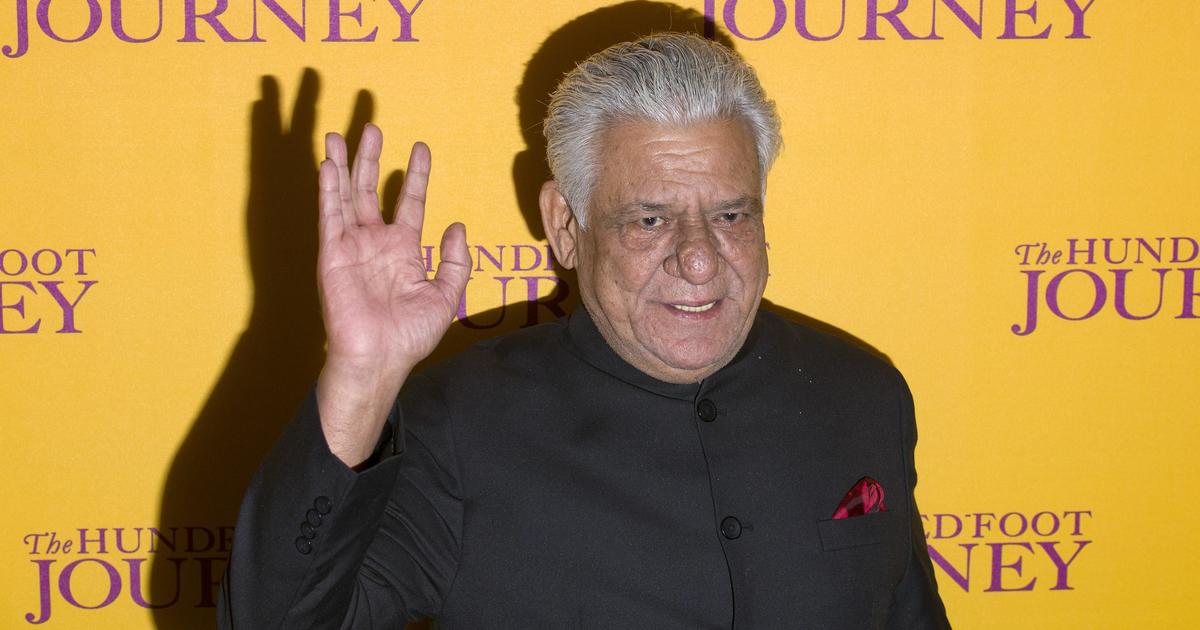 “The artists will all miss him and it’s a big loss to the industry. His name was taken along the great artists of the world, not just India,” film director Prakash Jha said, as he joined several people from the Indian film industry outside Puri’s Mumbai home.
Puri had won a slew of national awards and international fame for his work in several critically acclaimed films.
Friends and family members carry the mortal remains of deceased Indian actor Om Puri for his funeral in Mumbai on January 6, 2017. Om Puri, the acclaimed Indian actor who appeared in hit films including “Gandhi”, “City of Joy” and “East is East”, died on January 6 after suffering a heart attack.
His breakthrough film was the 1983 gritty drama “Ardh Satya,” or “Half Truth,” about a young policeman’s crisis of conscience as he deals with the nexus of crime and politics in India.
Puri is also remembered for his work in the 1983 cult classic “Jaane Bhi Do Yaaro,” or “Let it Go Friends,” a dark comedy about India’s all-encompassing corruption.
He was also acclaimed for his performance in the 1997 British film “My Son the Fanatic,” as a Muslim taxi driver appalled by his son’s embrace of fundamentalist Islam.
In the 1999 British comedy “East is East,” he played a Pakistani immigrant in England who bumbles about as he tries to wrap his head around the clash of cultures that arises from his relationship with his children from a marriage to a British Catholic woman.
He also had a small role in Richard Attenborough’s film “Gandhi,” based on the life of the Indian freedom leader Mohandas Gandhi. He also acted in several Hollywood films, including “City of Joy,” ‘’Wolf” and “Charlie Wilson’s War.”
In 2014, Puri starred with British actress Helen Mirren in the comedy “The Hundred-Foot Journey” as the patriarch of a family of Indian immigrants who open a restaurant in a French town but end up clashing with a neighborhood Michelin-starred establishment.
Puri studied acting at the leading Film and Television Institute of India and the National School of Drama. He was made an honorary officer of the Order of the British Empire for his contribution to British cinema in 2004.