BOSTON — New York’s locker room door opened and music was blaring in the background.
It’s not a scene that’s happened after too many Knicks’ games lately.
Derrick Rose matched his season high with 30 points, and the slumping Knicks beat the Boston Celtics 117-106 on Wednesday night.
New York played without injured starters Kristaps Porzingis and Joakim Noah, but Mindaugas Kuzminskas and Willy Hernangomez each scored 17 points to help make up for their absence.
“It was a big win for us to come in here and kind of put everything to the side in spite of what’s been surrounding the team, and really focus in on playing basketball and winning,” said forward Carmelo Anthony, who reiterated his desire to stay in New York on Tuesday.
It was just their third win in 14 games in a season that’s been sliding away quickly since the calendar turned to 2017.
“These guys are a determined bunch,” New York Coach Jeff Hornacek said. “They’ve had some bad breaks, we’ve had some bad games, but they stay in there together.”
Isaiah Thomas led Boston with 39 points, his 13th time this season with 30 or more points. Jae Crowder added 21 for the Celtics, who lost for only the fourth time in 17 games.
“We didn’t have a look most of the night that you felt good about,” Boston Coach Brad Stevens said.
Al Horford, Boston’s big free-agent acquisition during the summer, had five points on 2-of-14 shooting. He was 1 for 8 on 3-point attempts.
“That was definitely tough for me because they were good looks,” he said. “I even felt good on a few of them. They just didn’t go in.”
Boston closed to 97-96 on Jaylen Brown’s two free throws with just under eight minutes to play, but Justin Holiday and Courtney Lee nailed 3-pointers 29 seconds apart, pushing New York’s lead back to seven.
Rose then capped an 8-0 spree by putting in his own miss after Thomas missed a jumper – his seventh straight shot that was off.
“Just playing my game,” said Rose, who was 13 for 24 from the floor. “Just waiting for coach to call my number, just like tonight – he called my number.”
Porzingis was out with a sore left Achilles and Noah was sidelined by a sore left ankle. Porzingis missed his fourth straight game, but did shoot before the game. Noah played in their last game. Both big men are expected to undergo MRIs on Thursday.
Were you interviewed for this story? If so, please fill out our accuracy form
Send questions/comments to the editors. 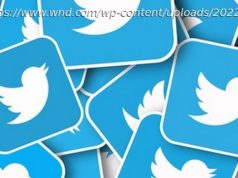 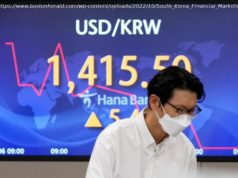 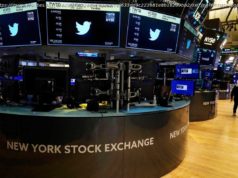