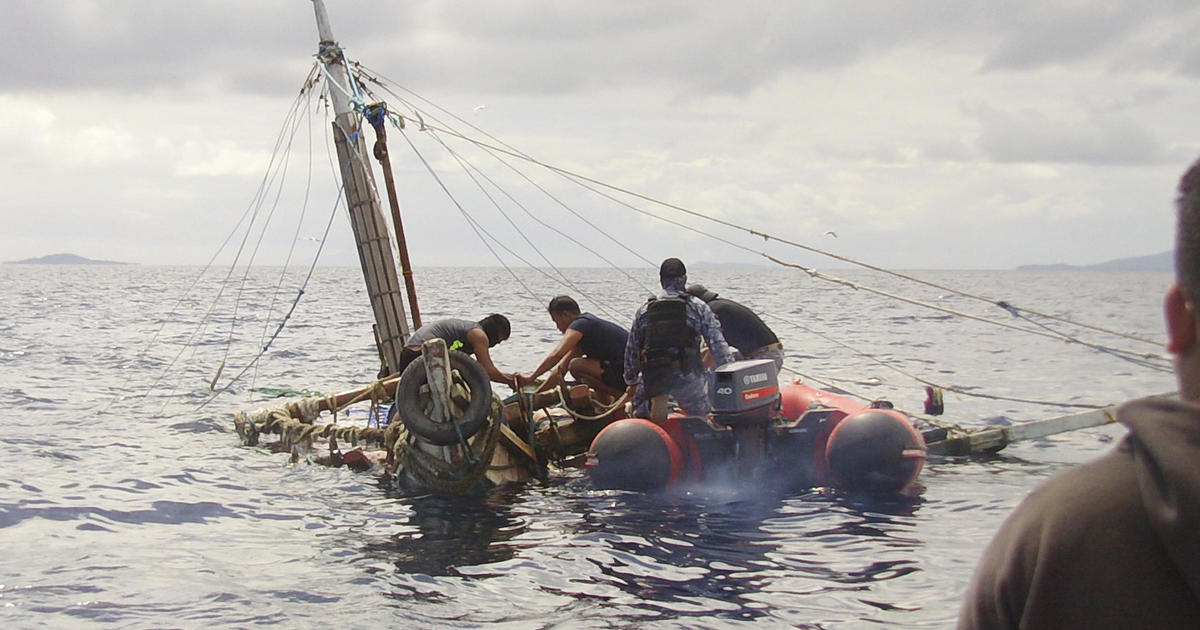 Seven other crewmembers survived the attack Monday night in waters near Zamboanga City by jumping off the boat and swimming away when the attackers began tying up their colleagues, said Commodore Joel Garcia, head of the Philippine Coast Guard.
“According to the initial investigation, (the attackers) were on board a boat and they were all armed,” he said. “They immediately tied up eight of the crewmen, and the seven others were able to jump out and survive.”
Two of the survivors reached land and reported the massacre to a village leader, who alerted the coast guard. Two vessels were sent to the area, and coast guard personnel found the fishing boat floating with eight bodies on board.
In this photo provided by the Philippine Coast Guard, members bring bodies of Filipino fishermen who were killed by suspected pirates in waters near Zamboanga City, southern Philippines, Jan. 10, 2017.
Pictures released by the coast guard showed the bodies sprawled on the boat’s bow, with a nylon cord tying the men together by their hands.
The coast guard found the five other survivors floating near Siromon Island, and they were given medical care and taken to the fishing boat’s homeport.
“We are now conducting an investigation with the seven survivors and will find out who are the perpetrators,” Garcia said.
Lt. Commander Alvin Dagalea, commander of the coast guard station in Zamboanga on Mindanao island, said in a telephone interview that the gunmen are believed to be pirates. A military report said other motives being looked into include extortion or a grudge between fishing groups.
Abu Sayyaf militants are suspected of being behind a string of ship hijackings in the southern Philippines. Last week, coast guard and navy units foiled an attempt by suspected Abu Sayyaf gunmen to hijack a cargo vessel in nearby Basilan province.