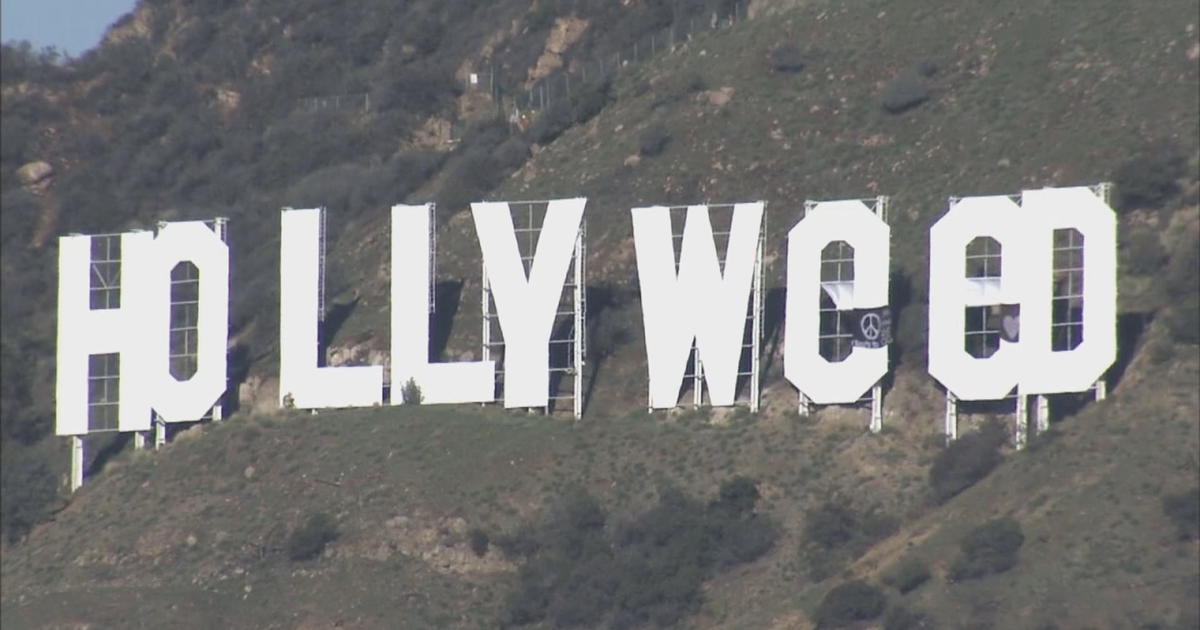 The New Year started on a high note in Los Angeles after someone changed the famous Hollywood sign to read “Hollyweed.” Police say surveillance video shows a lone male suspect dressed all in black. The person could face misdemeanor charges if caught.
But it’s not the first time the legendary letters have been altered, reports CBS News correspondent Mireya Villarreal.
The change is the ultimate throwback to 1976 when activists used the four-story letters as a political play on words. Danny Finegood and a team of friends made the identical change to the Hollywood sign on New Year’s Day 41 years ago. Finegood died in 2007.
“It wasn’t a prank, it was a message,” Finegood’s wife, Bonnie, said.
Bonnie said Danny and his buddies risked getting arrested to make a statement about new California legislation that took effect in ‘76 relaxing marijuana possession laws.
“I did support his ideas. I loved his creativity,” Bonnie said. “He was having fun making a large statement to the world.”
His group was also responsible for scaling the sign in 1987 and changing it to read “ollywood” during the Iran-Contra scandal.
Matt Finegood woke up to a barrage of texts and calls from friends wondering if he was responsible for the replication of his father’s work decades ago.
“My friends were calling me, they’re like ‘Did you do this?’ I would just like text them back with that sly face you know, just to keep them on their toes,” Matt said. “Nah, I wish it was me, but it wasn’t.”
Some tourists enjoyed the high-altitude prank.
“That’s what we came to see, the traditional Hollywood sign. Not the ‘Hollyweed’ sign but hey, it’s okay with me,” one tourist said.