XIAMEN, China , Jan. 3, 2017 /PRNewswire/ — At the invitation of the organizing committee of the 2017 C&D Xiamen International Marathon, some of the world’s top marathon runners attended a meeting held in the first-floor international hall of Xiamen International Seaside Hotel at 3 pm on January 1 .
Lemi Berhanu from Ethiopia , whose previous best performance clocked him in at 2 hour, 4 minutes and 33 seconds, attended the meeting as the representative for male runners, while female runners were represented by Meseret Mengistu Biru , also from Ethiopia , whose previous best run stands at 2 hours, 23 minutes and 26 seconds. They are the leading competitors among the athletes invited to this year’s marathon. Representing China at the meeting was Olympic race walking champion Chen Ding , whose role also included that of the event’s health ambassador.
Guests included Road Running Manager at IAAF Alessio Punzi, deputy director general of the Xiamen Municipal Bureau of Sports Li Lina, vice general manger of Xiamen Culture Media Group and chairman of Xiamen SMG Sports Limited Qi Bing as well as representatives from the Cross-Strait Invitational Marathon Tournament. This was Alessio Punzi’s first visit to China.
At the meeting, Li Lina gave a presentation on the preparatory work for the 2017 C&D Xiamen International Marathon:
I. Competition Registration. This year’s competition has been upgraded to a full marathon for the first time and the final list of participants was decided based on a random selection following receipt of all registrations. A roster of 30,000 runners from 31 countries and regions have been qualified to participate in the competition, including 24,885 male and 5,115 female athletes. Among the marathon runners, 5,433 are from the immediate Xiamen area while the remaining 24,567 are from elsewhere, including 17,543 from outside of Fujian province, 669 from Hong Kong , Macau and Taiwan and 164 from abroad.
II. Guest Athletes. As per the IAAF Road Race Labels Regulations concerning the designation of labels (Gold, Silver, Bronze), athletes who had garnered higher-level labels in previous races were invited. This year’s event invited 27 outstanding athletes from six countries including Kenya , Ethiopia , Ukraine , Belarus , Eritrea and Algeria.
III. Event Promotions.
(I) Promotional campaigns for the 15th anniversary of the Xiamen International Marathon : The organizing committee for the event put together a series of promotional campaigns for the 15th anniversary of the Xiamen International Marathon: 1. „In Celebration of the 15th Anniversary“, featuring ongoing reporting of the event on the Marathon’s official Wechat account; 2. „The 15th year of the Xiamen International Marathon“, a series that relays the background story of some of the runners joining the event, produced in association with Sina Xiamen; 3. Saluting the 15th Anniversary of the Xiamen International Marathon produced in association with Tracker , China’s leading publisher of books featuring stories about runners and running, with „In Celebration of the 15th Anniversary, Looking into the Mind of a Novice Runner“ as the main theme; 4. Special reports on the event in concert with the Chinese Athletic Association’s official magazine Front Runner. In addition, an award ceremony will be held in February 2017 , to thank the organizations and individuals who have made a contribution to the Xiamen International Marathon over the past 15 years.
(II) Live Broadcasting of the Event : This year’s event was broadcast live by CCTV and Xiamen TV from helicopters that hovered overhead and were able to provide an aerial view of what was taking place on the ground. The event was simultaneously webcast on new media platforms including Sina, Tencent , Netease, rmsports.cn, toutiao.com, and the Look at Xiamen app.
IV. Traffic Organization Programs. The Xiamen Municipal Bureau of Sports, the Xiamen Municipal Public Security Bureau including the traffic police department, the Xiamen Transportation Bureau, the Xiamen Public Transport Group, Xiamen Media Group and the Xiamen Institute of City Transport Planning met and undertook site investigations multiple times, and, based on those meetings, put together a plan for the handling of traffic and transportation at the main venue and in the surrounding areas. The Xiamen Transportation Bureau led the development and implementation of a plan for public transportation and traffic control before, during and after the event. In order to make it as convenient as possible for athletes, residents and holidaymakers to take public transport during the event, the Xiamen Public Transport Group offered free passage on BRT (Bus Rapid Transit) buses arriving to and departing from the venue, assuring timely arrival and departure to and from the event. In addition, 12 temporary bus routes with free passage were put in place just for the event, including 7 pre-race routes and 5 post-race routes. These special routes are serviced by 355 buses, including 125 for the pre-race routes and 230 for the post-race routes.
V. Medical Care. Xiamen Health and Family Planning Commission has developed a medical care scheme based on the traditional care system supplemented by 46 doctors on bicycles working in pairs (23 groups), 75 first aid runners, 350 volunteer doctors-in-residence at medical schools and six physiotherapy stations for rapid application of therapeutic ointments, as well as a team of 75 runners with medical training, to ensure timely medical services for runners in need.
VI. Event Service Support. The Organizing Committee has improved the quality of the service provided at the event, by increasing the amount and variety of supplies of foods and beverages and other supplies available at the feeding stations as well as making the feeding stations larger, in a move to avoid congestion. The committee pioneered a „runners servicing runners“ system and recruited 1,615 volunteers from 23 running clubs to man the 15 feeding stations, facilitating the interaction and improve communications between service staff and participating runners. In addition, a streamlined „rapid post-race recovery“ service has been specially set up for runners, with an ice pool, a spa-like passive relaxation area and an area sectioned off where the runner can rest and recover once the race is completed. Services on offer include an ice pool for aching limbs, ice compress, passive stretching, active traction, sports nutrition foods as well as diagnosis and treatment of acute sports injuries, traditional Chinese medicine physiotherapy and availability of accessories for muscle fatigue relief, among other available services. 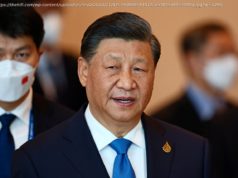 China condemns US ‘attack’ on surveillance balloon as ‘overreaction’ 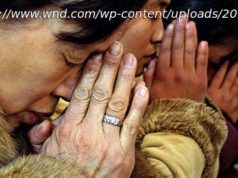 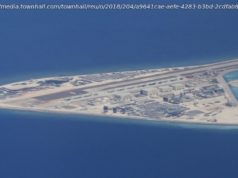