People left stranded by Donald Trump’s travel ban have been arriving in the US after the president’s executive order was halted by a judge.
They included Eman Ali 12, and her father, Ahmed, who arrived together on Sunday at San Francisco International Airport, where they were greeted by her older sister and other relatives as well as many reporters.
She ran to embrace her sister, and the two hugged and cried.
Eman and her father had been stuck in the east African nation of Dijbouti since Monday, when authorities refused to let her board a plane with him to the US as she is from Yemen.
The Middle Eastern nation is one of the seven predominantly Muslim nations listed in Mr Trump’s order.
Mr Ali criticised Mr Trump’s order: „It’s not fair. I mean some people they are bad, but that doesn’t make everybody bad. “
Iranian graduate student Sara Yarjani, who was denied entry into the US under the travel ban, has returned to America.
The Los Angeles Times reported that she was among those caught in a legal limbo after Mr Trump signed the order on January 27, about seven hours before she landed in Los Angeles on a flight from Oslo.
Armed customs agents ultimately escorted her to a plane bound for Vienna, where she had been visiting family.
Ms Yarjani arrived on Sunday at Los Angeles International Airport, where her sister greeted her with open arms. She has a valid two-year student visa, and thanked Americans for their support.
A lawyer for two Yemeni brothers who had been denied entry into the US said the pair will be reunited with their family at Washington Dulles International Airport.
Ammar Aqel Mohammed Aziz and Tareq Aqel Mohammed Aziz are green card holders who were travelling through Dulles on their way to Flint, Michigan, when the ban took effect.
A lawsuit alleges they were coerced into signing away their status and sent to Ethiopia.
Lawyer Paul Hughes said an agreement was reached with the government to allow their re-entry, and they are expected to arrive on Monday.
He said without the agreement, the judge’s order temporarily halting Mr Trump’s ban may not have allowed the brothers entry because their visas were marked by a prominent „cancelled“ stamp.
A technology firm’s founder said an Iranian employee who was also blocked has re-entered the country.
Eric Martinez said Nazanin Zinouri cleared through an immigration check in Boston and expected to return home to South Carolina on Monday.
Mr Martinez is the founder of start-up technology firm Modjoul, which has employed Ms Zinouri since August.
She arrived from the Iranian capital Tehran, where the legal US resident travelled late last month to visit family.
Ms Zinouri said last week she was taken off a plane in Dubai days after Mr Trump signed the executive order.
A team of volunteer lawyers who had been camped out at a diner at New York’s JFK Airport have dismantled most of their operation since they said immigrants were arriving at the airport with no problems.
Camille Mackler said the New York Immigration Coalition will continue to monitor the situation and will set back up if necessary.
Cairo airport officials said a total of 33 migrants from Yemen, Syria and Iraq had boarded flights on their way to the US.
They had not previously tried to travel to the US and been turned back, but rather they are migrants who are rushing to take advantage of the window offered by the court ruling.
Lebanon’s National News Agency reported that airlines operating out of Beirut international airport have begun allowing residents of the seven countries to board flights heading to the US.
Iranian media said the country has lifted a ban on US wrestlers, allowing them to take part in the Freestyle World Cup later this month in the Iranian city of Kermanshah.
The semi-official Fars news agency quoted foreign ministry spokesman Bahram Ghasemi as saying the ban was lifted after the „discriminative restrictions“ on Iranian nationals travelling to the US were suspended by the judge.
The Trump administration is now appealing to reinstate the travel ban.
On Sunday, a judge in San Francisco rejected the government’s request for an immediate reinstatement. Formal arguments in the case begin on Monday.
Vice President Mike Pence called the court order declining to reinstate the ban „frustrating“ and described it as inconsistent and unconstitutional.
„It’s quite clear the president has the ability to decide who has access to this country,“ he said.
AP 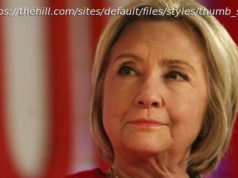 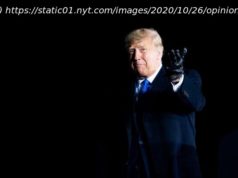