A mixture of FTTC, FTTP and fixed wireless would be deployed to reach rural peeps
BT is offering to deliver at least 10Mbps down and 1Mbps up broadband speeds to almost every UK address, as the government continues to work out the details of a new Universal Service Obligation (USO) plan.
The proposed plan would see BT installing a patchwork quilt of Fibre to the Cabinet (FTTC) , Fibre to the Premises (FTTP) and fixed wireless to parts of the UK not already due to be covered by the various public-private superfast schemes BT’s already involved with.
This, BT would do with its own cash, spending sums in the region of £450-£600m. While no public money would be spent on the scheme, BT says that its plan would only cover 99 per cent of UK addresses by 2020. The new fixed-line connections would not be expected to be finished until December 2021 at the very earliest and the end of 2022 at the latest.
At the same time, the government has launched a consultation for a new regulatory USO, which would see all UK residents able to legally demand that BT – or whoever is chosen to fulfill the USO role – provide a connection.
Updated cost estimates released by Ofcom today suggest that the cost of providing universal 10Mbps down 1Mbps up coverage would cost between £700m-£1bn.
If the government wanted to take a more ambitious approach, which would see all premises able to get at least 30Mbps down and 6Mbps up, this it’s estimated that this could cost between £1.7bn-£2.1bn.
Regardless of the technological solution used, customers are expected to get more than the basic 10Mbps and 1Mbps speeds – though the top speeds available will differ greatly.
FTTC can only provide up to 80Mbps and that’s a theoretical top speed; pretty much all high end FTTC services are sold as providing ‘up to 76Mbps’ . Services on BT’s consumer FTTP lines tend to offer top speeds of up to 300Mbps, but recent tests have show that this is capable of supporting speeds of up to 100Gbps.
Fixed wireless ISPs like Quickline, Vfast, and Wessex Internet offer packages providing download speeds ranging from 10-50Mbps.
While accepting BT’s offer would see the UK’s biggest telco able to get on with the work – and legally obliged to finish it – it essentially commits the UK to sticking to 10Mbps as the standard minimum download speed for the foreseeable future.
The government will now consider BT’s offer alongside a regulatory USO, developing and weighing up both options over the coming months.
“ BDUK Broadband ” by Johnnie Pakington is licensed under CC BY 2.0 . 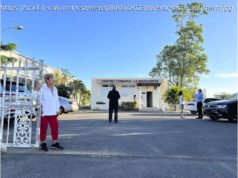 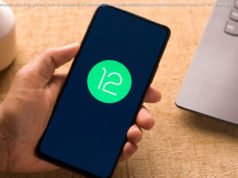 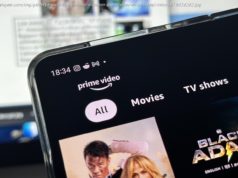