Trump wongly suggests Obama had a touchy-feely approach.
Listening to President Trump ’s speech Monday night on Afghanistan, it was pretty easy to figure out how his military advisors had convinced him to endorse what is essentially a continuation of the policy he inherited from Barack Obama: using U. S. troops to train and advise Afghan security forces and engage in counter-terrorism operations, while pressing Pakistan to stop providing a haven for the Taliban and other insurgents.
The key was to package a policy largely characterized by continuity as a dramatic departure from the approach followed by Obama. Thus Trump told the nation that U. S. strategy in Afghanistan and Asia “will change dramatically.”
(Ironically, he failed to mention the most significant departure from Obama’s legacy: Trump’s approval of the Pentagon’s request to dispatch a few thousand more U. S. military personnel to Afghanistan. That information was communicated to the press and Congress off-camera by administration officials.)
Trump’s case for dramatic change rested principally on two supposed differences with Obama policy. The first, he said was “a shift from a time-based approach to one based on conditions.” He said the administration “will not talk about numbers of troops or our plans for further military activities. Conditions on the ground — not arbitrary timetables — will guide our strategy from now on.”
This is an exaggeration. It’s true that Obama set deadlines for withdrawal of U. S. forces, at one point proposing to leave no more than 1,000 U. S. forces in Afghanistan at the end of his second term. But he developed second thoughts about those timetables, and left office with 8,400 troops still deployed in Afghanistan in a noncombat role.
As for Trump’s claim that the administration “will not talk about numbers of troops, ” that’s also misleading. Trump may not have mentioned the 4,000 reinforcements in his speech, but his aides have been plenty talkative about those numbers. There’s a reason why John McCain and Lindsey Graham were so pleased with the outcome of Trump’s policy review.
A more egregious exaggeration of the difference between the Obama and Trump approaches came in a passage in which Trump said that “we will no longer use American military might to construct democracies in faraway lands, or try to rebuild other countries in our own image. Those days are now over.” Elsewhere in the speech Trump said: “We are not nation-building again. We are killing terrorists.”
The implication was that the touchy-feely Obama administration was sending U. S. troops to Afghanistan to do social work, while Trump will be asking them to fight. But it was the Republican George W. Bush, not Obama, who — overcoming his distaste for nation-building as a candidate in 2000 — couched the U. S. mission in Afghanistan in terms of democracy promotion.
In a 2004 address to Congress, Bush boasted that Afghanistan “has a new constitution guaranteeing free elections and full participation by women. Businesses are opening. Healthcare centers are being established, and the boys and girls of Afghanistan are back in school. With the help from the new Afghan army, our coalition is leading aggressive raids against the surviving members of the Taliban and Al Qaeda. The men and women of Afghanistan are building a nation that is free and proud and fighting terror, and America is honored to be their friend.”
Compare that effusive description of nation-building to this comment by Obama in a 2011 speech: “The goal that we seek is achievable, and can be expressed simply: No safe haven from which Al Qaeda or its affiliates can launch attacks against our homeland or our allies. We won’t try to make Afghanistan a perfect place.” In the same speech he said: “America, it is time to focus on nation-building here at home.”
Four years later, according to the New York Times, Obama had a message for a meeting of the National Security Council convened to discuss Afghanistan. “We’ re no longer in nation-building mode, ” Obama said. But he added that “the counter-terrorism challenges are real.”
Or, as Trump would say more pithily on Monday, “we are killing terrorists.” 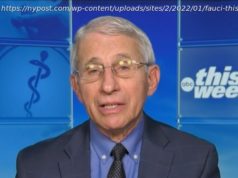 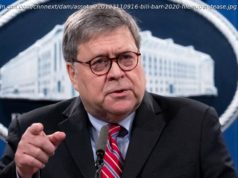 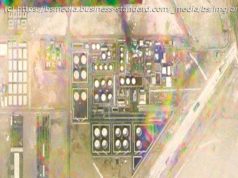