The first lady accompanied husband President Trump to the United Nations General Assembly on Tuesday morning.
Melania Trump means business!
The first lady accompanied husband President Trump to the United Nations General Assembly on Tuesday morning. Of course, Melania looked totally flawless in her business attire.
The 47-year-old donned a relaxed Calvin Klein gray suit with a simple black button-down underneath. She polished off her look with her go-to pair of black pumps, simple makeup and her tresses perfectly blown out.
The first couple made their entrance together at the annual gathering of world leaders, with Melania just a couple of steps behind President Trump. While the president addressed the press, the first lady stood right behind him with one hand in her trouser pocket.
Later in the day, while addressing the UN crowd filled with world leaders, President Trump turned heads after claiming that the United States will „totally destroy“ North Korea. The first lady remained expressionless throughout President Trump’s speech, which definitely caused the rest of the audience to react.
Melania’s outing comes just weeks after sparking backlash for her fashion while visiting regions hit by Hurricane Harvey. The first lady found herself at the center of controversy after wearing stilettos while boarding the plane going to Texas. However, she changed into a more casual outfit — without the heels — upon landing in Corpus Christi, Texas.
The designer of Melania’s favorite shoes, Manolo Blahnik, recently revealed his thoughts on her Hurricane Harvey shoe scandal.
„I don’t think she’s insensitive,“ he told Harper’s Bazaar UK . „I think she’s working non-stop to make it work — possibly she was just wearing the shoes she left New York in.“
He continued: „Yes, I think probably she could have worn Hunter boots, but she was wearing what she was wearing. I’m not good at advising people on what to wear because they wear what they want to.“
To see Melania’s business attire, check out the slideshow above. 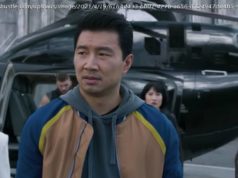 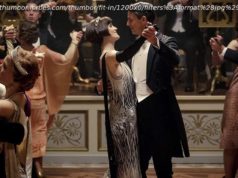 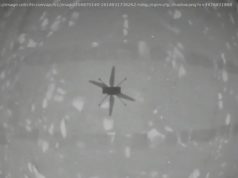