Vice Media founders Shane Smith and Suroosh Alvi say they are „truly sorry“ for not doing enough to stop inappropriate behavior at the company. In a public..
Vice Media founders Shane Smith and Suroosh Alvi say they are “truly sorry” for not doing enough to stop inappropriate behavior at the company. In a public statement issued shortly before The New York Times published an article on Saturday that described multiple accounts of sexual misconduct by Vice employees, Smith, its chief executive officer, and Alvi said they are taking several steps to improve Vice’s workplace culture, including new harassment reporting procedures.
Founded in 1994 as a magazine about Montreal’s punk scene, Vice eventually relocated to New York City to expand its coverage of counterculture issues. A decade ago, Vice began building its reach considerably with a digital empire that now includes multiple websites and an international TV channel with original reporting and documentaries. It has raised about $1.4 billion in funding, including a $450 million round in June that put its post-money valuation at $5.7 billion, and is currently exploring a public offering. Despite its edgy editorial tone, Vice’s investors include The Walt Disney Company, 21st Century Fox and A+E Networks.
The New York Times’ article, headlined “At Vice, Cutting-Edge Media And Allegations of Old-School Sexual Harassment,” alleged that Vice’s forward-thinking did not extend to its treatment of female employee and put it among many other companies, including Uber, Netflix, Amazon Studios, NBC and Fox News, that have been rocked by sexual harassment charges. The newspaper uncovered four settlements paid by Vice over allegations of sexual harassment by its employees, including current president Andrew Creighton. The New York Times also spoke to more than two dozen women who said they had either experienced or witnessed sexual misconduct at the company.
“The settlements and the many episodes of harassment the women described depict a top-down ethos of male entitlement at Vice, where women said they felt like just another party favor at an organization where partying often was an extension of the job,” wrote New York Times reporter Emily Steel.
In their statement, which was originally sent as a memo to Vice’s staff, Smith and Alvi apologized for enabling a sexist workplace culture and voiced “extreme regret for our role in perpetuating sexism in the media industry and society in general.” A shorter version of the statement was also provided to the New York Times ahead of publication and quoted in the article.
Neither Smith or Alvi were accused of sexual harassment in the New York Times piece, but several former or current members of Vice’s management were, including Creighton, chief digital officer Mike Germano and former Vice News head Jason Mojica, who was fired last month.
“Listening to our employees over the past year, the truth is inescapable: from the top down, we have failed as a company to create a safe and inclusive workplace where everyone, especially women, can feel respected and thrive,” Smith and Alvi wrote. “Cultural elements from our past, dysfunction and mismanagement were allowed to flourish unchecked. That includes a detrimental ‘boy’s club’ culture that fostered inappropriate behavior that permeated throughout the company. It happened on our watch, and ultimately we let far too many people down. We are truly sorry for this.”
The two wrote that Vice has already fired three employees over “unacceptable behavior” and outlined other steps the company is taking to change its culture. These include a new chief human resources officer, Susan Tohyama, a former HR exec at the National Basketball Association who has been given “broad authority” to make changes at Vice. Chief financial officer Sarah Broderick is now also Vice’s chief operating officer, giving her more power to change its work environment.
Smith and Alvi also said Vice will no longer make employees sign its “non-traditional workplace agreement,” a contract intended to acknowledge they might deal with “offensive, indecent, violent or disturbing content” in the course of their work, but which some interpreted to mean they could not complain about harassment.
Other measures promised include revised policies on consensual relationships and sexual harassment; a third-party employee hotline for reporting misbehavior; a diversity advisory board that will be chaired by lawyer Roberta Kaplan and include prominent women including Gloria Steinem; pay parity by the end of 2018; diversity training; and extended maternity and paternity leave benefits for all employees. 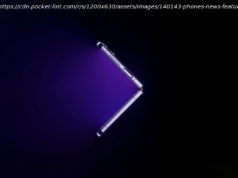 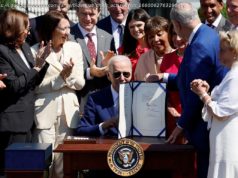 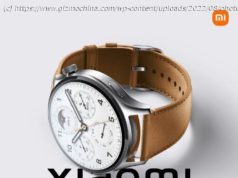