A North Korean missile base is active as of November.
Nov. 12 (UPI) — A North Korean missile base is active as of November and has stayed „well maintained“ despite agreements from Pyongyang to denuclearize, according to U. S. analysts on Monday.
Writing for the Center for Strategic and International Studies‘ Beyond Parallel initiative on Korean issues, analysts Joseph Bermudez, Victor Cha and Lisa Collins said the Sakkanmol Missile Operating Base in North Hwanghae Province show signs of use.
The Sakkanmol is an „undeclared“ operational missile base for short-range projectiles and is one of 20 estimated North Korea missile bases Pyongyang has not disclosed to the international community, analysts say.
„Although occasionally and incorrectly referred to as an ‚underground missile storage‘ facility, [Sakkanmol] is a forward Hwasong-5/-6 missile operating base subordinate to the Strategic Force of the Korean People’s Army, which is responsible for all ballistic missile units.“
Bermudez began studying the North Korean ballistic missile infrastructure in 1985. Construction of the Sakkanmol base began between 1991 and 1993 using Korean People’s Army engineers.
Construction entered a second phase from 2010 to 2011, when North Korea added barracks, vehicle maintenance and storage facilities, and little change was observed after Kim Jong Un fully assumed power in 2012.
„The base can be functionally divided into four activities — agricultural support [including numerous greenhouses dispersed throughout the facility], main base [including headquarters, barracks, missile support, vehicle maintenance, storage, and a variety of small support elements], and underground and missile support facilities,“ the analysts said.
The CSIS report comes after analysts writing for 38 North reported „minor cleanup activity“ at North Korea’s Punggye-ri Nuclear Test Site, which was detonated earlier this year before an international press corps.
It is unclear whether the debris at Punggye-ri is being removed to prepare for inspections.
„Should outside inspections of Punggye-ri take place, access to that portal to verify its closure would likely be gained from the South Portal area,“ said analysts Frank V. Pabian and Jack Liu.
Some cleanup has taken place in the North, West and South Portal areas, according to 38 North. 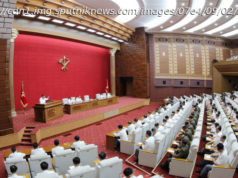 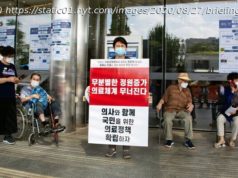 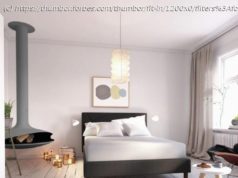