The inexpensive, flashy brand has skyrocketed in popularity thanks to social media influencers.
Cardi B’s ode to Christian Louboutins, “ Bodak Yellow,” was her breakthrough single. But last night, when she made her official foray into fashion, shoes were a non-factor. Instead, Cardi teamed up with the viral brand Fashion Nova to launch her first clothing collection. Featuring pleather, crushed velvet, and plaid suits inspired by Clueless, a film that everyone seems to be copying lately, the line didn’t go on sale until midnight Pacific time. Yet all 82 pieces sold out in minutes.
As beloved as Cardi B is, she doesn’t deserve all the credit for the line’s success. Fashion Nova, which retail veteran Richard Saghian started in 2016 in Los Angeles, has become a wildly sought-after brand in recent years thanks largely to Instagram. Influencers such as Teyana Taylor, Blac Chyna, Christina Milian, and Kylie Jenner are just a few of the long line of celebs who have posted images of themselves on social media wearing the fast-fashion brand — taking Fashion Nova from relative obscurity to massive popularity.
The retailer now has nearly 14 million followers on Instagram, making it the most popular fashion brand, by some estimates. Last year, Google reported that Fashion Nova fell into its five most-searched fashion brands, with Gucci, Louis Vuitton, Supreme, and Chanel rounding out the list. But Fashion Nova, Saghian told Women’s Wear Daily in February, made the accomplishment sans runway shows, traditional advertising, or SEO tricks. (Saghian also has a tendency to avoid press interviews, meaning social media has almost single-handedly propelled his company to fame.) And at Wednesday night’s launch of the Fashion Nova x Cardi Collection, plenty of rich and famous influencers turned out, including Khloe Kardashian, NeNe Leakes, Chanel Iman, Iggy Azalea, and Noah Cyrus .
The idea that Fashion Nova would have a Hollywood following likely seemed unimaginable when it began 12 years ago as a brick-and-mortar store in the Panorama Mall in working-class Panorama City, California . (The Fashion Nova website went live in 2013.) Today, the company has five brick-and-mortar stores in the Los Angeles area, but it has never really left behind its humble roots. It may count reality stars, beauty moguls, and actresses among its fans, but the prices remain in reach of the general public; most are under $50.
And the bodycon styles are a stark contrast from the prairie-style dresses that keep turning up in high-fashion collections. There’s a reason for this: Fashion Nova’s website states that it considers the customer the “star” of its styles rather than the clothes. So the offerings, which include everything from sparkly bodysuits to sparkly hip-hugging dresses, serve to show off the wearer’s frame. Plus, unlike the high-fashion world, where thin is always in, Fashion Nova has found a following among women with wider hips and bigger butts. In 2016, the brand became even more inclusive when it introduced a plus-size collection, Fashion Nova Curve, with styles up to size 3X.
(In her single “ She Bad,” Cardi B explains how the cut of Fashion Nova clothes is one reason she prefers it. She says, “I could buy designer, but this Fashion Nova fit.”)
The company may be relatively inexpensive and body-positive, but it has still faced controversy. It’s fielded dozens of complaints about delayed shipping, which Saghian told WWD have since been resolved. Its store credit-only return policy has also upset some customers.
And the fact that the retailer has channeled success through Instagram is no accident: Saghian admits to paying celebrities to post pictures of themselves wearing the brand. Cardi B specifically has said she’s received as much as $20,000 monthly to wear Fashion Nova. And in 2016, Saghian began paying Kylie Jenner to wear clothing from the label, he told the Cut. This has led to big business for Fashion Nova, considering that a Kylie Jenner post can reportedly generate $50,000 in sales, Saghian estimated during his Cut interview. While he has not publicly released the company’s revenues, Saghian told WWD that Fashion Nova grew by 600 percent last year alone.
Saghian’s marketing savvy has helped the brand become arguably the most influential on Instagram, but he has credited celebrities like Cardi B with giving Fashion Nova the ultimate cred with the cool kids.
“We were doing well before Cardi, but she definitely gave us some legitimacy,” he told WWD. “She is one of our favorite partners because when she talks about Fashion Nova, she speaks from the heart.”
Want more stories from The Goods by Vox? Sign up for our newsletter here. 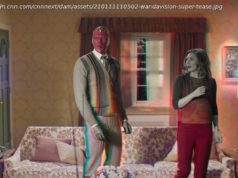 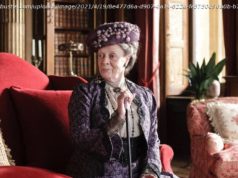 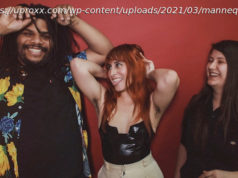